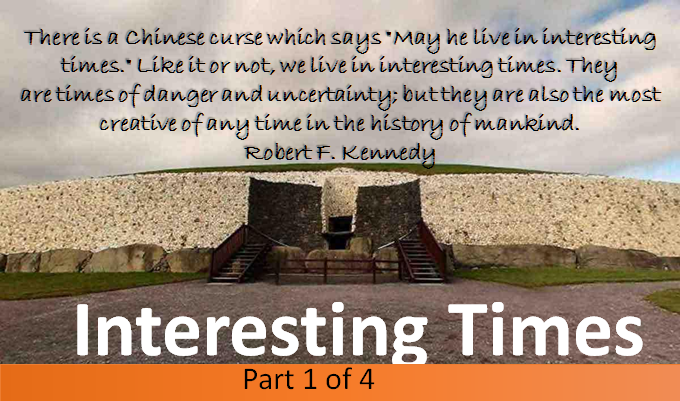 The symptoms of election fever are rumbling away in the pits of political stomachs on both sides of the Irish Sea these days. Political heads are gearing up and rosette manufacturers are stocking up. The bookies are giving considerably shorter odds on earlier elections than on later in both jurisdictions, and politicians on all sides are already quietly setting out their election stalls. And when I say quietly, I don’t mean Boris Johnson, obviously.

There remains, nevertheless, a nervous reticence on all sides that could drag this jittery process out for months. The message from the electorate in the last general election here in Ireland was a pox on all your houses and not a lot has happened since then to change that. The results of both the British general election and the Brexit referendum flummoxed experts and amateurs alike; I suspect nobody was more surprised than Theresa May to find herself, having campaigned to remain in the EU, leading the negotiations to leave.

Much of the responsibility/blame is heaped on social media that can reach into niches traditional media can’t or won’t touch. More people are more informed in more areas than ever before, but in a post-truth world—where fact-checking has been replaced by naked appeals to bias—facts, factoids, and alternative facts all travel equally fast. The two referenda on the Lisbon Treaty here generated at least as many alternative facts as the last American presidential election. And there were international intelligence agencies working on that one. Allegedly.

It’s tempting but facile to blame it all on social media; social media mayhem may be as much symptom as cause while disaffected voters seek out new answers.

We’ve been here many times before—starting in 1440 when Gutenberg’s printing press introduced the possibility of mass communication and enabled ordinary folk to read the Bible for themselves—outside the control of the established church. The established church correctly sensed a threat. Subsequently, in 1517, the printing press made possible the publication and broad casting of Luther’s Ninety-Five Theses, which, ultimately, led to the Protestant Reformation. Control and/or exploitation of broad cast information is not a trivial matter.

Now, as then, the answer urgently requires a combination of (at least) three factors: improved technology (it would be interesting to know how many brains are feverishly working on this one right now); improved vigilance (Facebook, Google, et al might keep an eye out for ads relating to American, French, or British elections that are paid for in roubles, for instance); and improved education: social media consumers have to get into the habit of reading critically, checking facts, sniffing out bias, and, in short, not believing everything we see, read, or hear. An informed media consumer is fake truth’s worst nightmare.

In a hopeful intervention, media freedom watchdog Reporters Without Borders (RSF) is ‘working with partners on a potential certification system that could classify news sources according to their verification methods, transparency about financing, and other criteria—and leave it up to the public to decide what to believe’ (www.snopes.com here).

A German law went into effect this month barring ‘hate speech’ on social networks. In France, Macron is introducing legislation that he says will provide a ‘legal arsenal’ to combat fake news and force transparency as to the ownership and financial sources of news sites. The problem is that moves to limit hate speech or fake news will almost invariably catch legitimate sources within their nets and consequently limit free speech—an unexpected win for the troll farms. It’s not going to be easy; that doesn’t mean it doesn’t need to be done—it just makes it more urgent.

It’s tempting as well to blame it on the available choices, which at times almost drain me of the energy to get uppity. This time around, I have to say that the UK’s choices are even more horrifying than ours. And when I say horrifying, I do mean Boris Johnson. The blond hooray-henry who launched his bid for world leadership by being made to look stupid on Have I Got News for You (twice) is still laughable but not a bit funny. The maths is as yet unclear as to whether he can unseat Theresa May and deliver us Trump in stereo—but if he succeeds, it would be hard to overestimate the potential damage he could do to already fragile and fractious Brexit negotiations. Special status for Northern Ireland? An EU/UK border in the middle of the Irish Sea? Regulatory alignment? Tosh, tosh, and tosh again. It’s over the cliff edge for Boris, the Boys’ Own hero, and the devil take the hindmost.

But we’ve been lied to and misled before and we’ve had horrible choices before, yet we’ve still managed to drag ourselves to the polling station to scratch a reluctant ‘X’ or ‘1’ by the name of the least worst. This seems qualitatively different, however, and not just on these islands. The relentlessly increasing gap between the rich and the poor since the early days of Thatcher, Reagan, and neo-liberal ‘trickle-down’ economics has had predictable consequences: the disadvantaged, the disaffected, and the disrespected have had enough; they’re as mad as hell and they ain’t gonna take it anymore. The resulting free-floating anger is causing electoral chaos across Europe and in the US, leading to ugly partisanship in the rise and rise internationally of angry populism with extremes to the left and the right. It’s not Armageddon, exactly, but at times it feels like the prequel.

Also in this series of articles is “The elections that nobody won and everybody lost“,  “Where did it all go wrong?” and “The ground beneath our feet”

The elections that nobody won and everybody lost

2016 was the election that nobody won and everybody lost. By general consensus, the established parties have failed the country and none of the alternatives looks capable of doing any better. We’re left with a generalised free-floating anger. The widespread insurgent mood that was seen in the water-charge protests has been frustrated by a weary cynicism: we’d still like to do something, but can’t see the point anymore. A pox on all your houses.