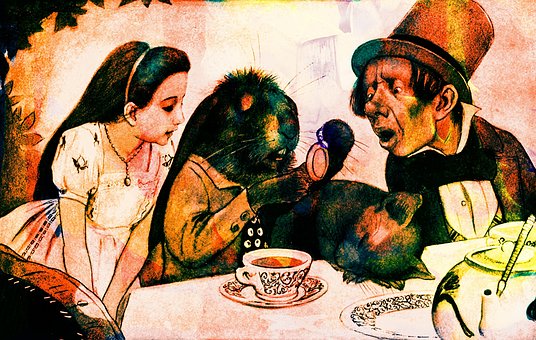 Welcome to the interregnum

Taking a quick look at what I was writing about when we launched leftbucket last February, it’s clear that, apart from the single high point of repealing the Eighth, and despite the high and low

dramas, the cliff-hanging, and the name calling of our nearest easterly neighbours, nothing much has changed in the last year.

Last night’s historic defeat of Theresa May’s proposed Brexit withdrawal deal sounds decisive, but the only other thing that 432 Westminster MPs agree on is that everyone else has it wrong. From the hard Brexiteers gearing up to jump joyfully off the cliff, through the various levels and shades of an undefined ‘softer’ Brexit, to the Remainers who refuse to agree among themselves, consensus is what the ‘others’ refuse to come to.

In the broad view of history, that is, 2018 is an ellipsis stretching from Theresa May’s ‘Brexit means Brexit’ (without defining either term) to Arlene Foster’s ‘Ulster says NO. Now, what’s the question?’

. . . from Leo coming home and, Chamberlain-like, waving his backstop ‘cast-iron guarantee’ that there would be no hard border on the island of Ireland and, almost simultaneously, Brexit Secretary David Davis pointing out that the backstop was a ‘statement of intent’ on the part of the UK and not legally enforceable . . . to Theresa May, surely history’s worst negotiator, standing firm on the backstop while the DUP announce that they will vote for no deal that includes the backstop.

The backstop is a well-kicked can that is running out of road. It was never clear that it had the legs to take it across the line were the UK to leave the customs union—particularly with the DUP as the power behind the throne. It is clear, however, that any arrangement that doesn’t include the backstop is a clear and serious threat to the survival of the Belfast/Good Friday agreement. With 71 days to March 29, today isn’t just any other day, you know.

. . . from Fine Gael announcing that our homeless figures are OK compared to some other countries . . . to Fianna Fáil not even bothering to mention homelessness in negotiating the renewed ‘confidence-and-supply’ arrangement. As Fintan O’Toole wrote recently, one thousand homeless children is a tragedy; four thousand is a policy.

The Fine Gael attempt to normalise homelessness isn’t only an attempt to weasel their way out of responsibility for the crisis, but a long-held policy position that providing homes is not the business of government. And we knew that all along.

One definition of madness is to continue doing the same thing over and over expecting a different outcome each time. For instance, a country could vote repeatedly for one of two right-wing parties who have expressed no interest in building social housing for decades and still expect them to intervene in a meaningful way in the homelessness crisis that their policies have created. That’s madness.

But nevertheless, as the scandalous number of patients being treated on trolleys in a corridor continued to grow, the Government wrung its hands some more, and failed to deal effectively with yet another Health-Service horror in the cervical cancer scandal—just the latest in a series involving the treatment of women going back as far as the Mother and Child Scheme in the late forties. And the practice of symphysiotomy as a brutal alternative to Cesarean sections as late as the eighties. And the Anti-D scandal in the nineties in which Michael Noonan fought a dying woman through the courts denying State liability for her infection with Hepatitis C from a product, anti-D, administered by the Blood Transfusion Service. He fought her literally until the day before she died, even though subsequent documents showed the Attorney General had told the Government in 1995 that the BTSB, and hence the State, was liable. Plus ça change.