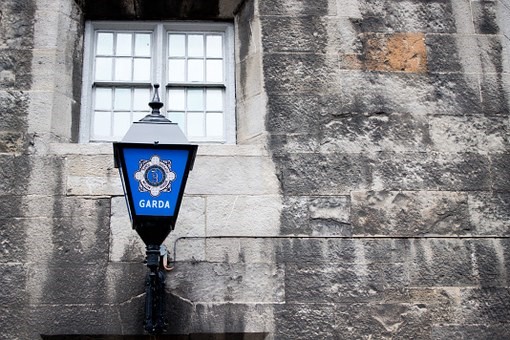 Responsive, accountable, and fit for purpose?

Drew Harris takes on the Garda Commissioner job as the force grapples with vicious gang warfare on the streets of the Republic, with self-inflicted wounds from scandals over phantom breathalyser tests, disappearing penalty points, and the scandalous treatment of whistleblowers, and with a new report from the Irish Council for Civil Liberties (ICCL) that strongly criticises An Garda Síochána’s approach to policing in several areas (public order policing, the use of force, the detention of suspects, the investigation of hate crime, and its dealings with Roma and Travellers). The report calls for a more radical approach and a change in the mindset of the Garda, including the need for the adoption of a human rights-based approach, and makes forty-five recommendations for organisational and operational change.

Coincidentally, the report was issued as the news outlets were full of outraged protests from many different groups following the eviction on Tuesday 11 September of protesters from 34 North Frederick Street by masked men with no identification, supported by masked gardaí. There was no explanation as to why the gardaí felt they needed ‘fire retardant hoods’ to support the eviction of non-violent protesters. The garda presence included a Riot Squad, a Public Order Unit, a Garda Transport Connect van and a Garda jeep with dogs, according to Take Back the City, the group that had organised the occupation of the property. I’m guessing that wasn’t what the Irish Council for Civil Liberties meant by a ‘human rights-based approach’.

A spokesperson for the ICCL has said it is ‘demanding answers’ from An Garda Síochána over the tactics used during the eviction.

ICCL is calling for a swift public report from the Garda Commissioner regarding the Gardaí’s decision-making in advance of [Tuesday] night’s operation, and the reasons for and circumstances of the arrests and alleged injuries sustained by protesters.

Sean Sherlock, Labour Party spokesman on justice, called on Commissioner Harris and Justice Minister Charlie Flanagan to explain the ‘military-style’ tactics. He described the incident as ‘a critical test for the new Garda Commissioner’, and called on him to explain the ‘level of co-operation and heavy-handed tactics used [Tuesday] night—and [to] identify at whose request the action was carried out and who those masked men in balaclavas were’.

Further, I would expect the Minister for Justice to comment on the type of tactics used, whether he supports this type of intimidatory policing and if he is comfortable with men in balaclavas carrying out forced evictions.

Social Democrat councillor Gary Gannon described as ‘very disturbing’ the use of masked private security men, apparently coordinated with the gardaí, at an eviction of peaceful protestors occupying a vacant property. ‘While we must respect the recent High Court order in relation to the property, sending in masked and unidentified private security contractors to carry out an eviction of this nature is inappropriate and intimidatory.’

The use of such heavy-handed tactics to disperse peaceful demonstrators is completely disproportionate. How can the new Garda Commissioner, Drew Harris, justify the deployment of his officers at this type of operation?

He asked what actions if any the gardaí had taken in relation to the legality of the private security contractors, who did not wear any identification badges, and the vehicle they used—a Northern Ireland registered van, previously owned by the Greater Manchester Police, that did not have a number plate on the front and was apparently neither taxed nor insured.

Workers’ Party Councillor Eilis Ryan, an activist with Take Back the City, contrasted the heavy-handed use of force by ‘private security agents wearing balaclavas’ with ‘the total failure of An Garda Síochána to protect the rights of tenants who are being illegally evicted by force by their landlords’.

A few weeks back, a young woman was made homeless despite having a case pending with the Residential Tenancies Board, disputing her landlords’ eviction notice, because she was forcibly evicted. The Gardaí did nothing to guarantee her right to peaceful occupation of her home.

This is a total double standard. In a context where we are being told there aren’t enough gardaí to provide community policing in the inner city, how did An Garda Síochána come to decide that it was its role to provide protection for armed heavies? Were they called there by this company? Why did they not instruct them to wear their identification numbers? Why were they allowed to cover their faces?

She went on to say that she would bring a motion before Dublin’s Central Area Joint Policing Committee calling for a report on Tuesday night’s events, and for a protocol on how An Garda Síochána police evictions that ‘must include transparency on the relationship between An Garda Síochána and private security operators’. [Update 18/09/18: Councillor Ryan’s motion was passed without a vote.]

After his swearing in at 12:01 on 3rd September, the new Commissioner spoke about the need to ‘move quickly to adapt to a changing society’ and to create a force that was ‘responsive, accountable and fit for purpose in a modern and progressive Ireland, with its primary purpose being the safety and security of our citizens’. And he promised a ‘workplace of openness and transparency, of equality of opportunity, and of management at all levels speaking with and listening to the people they work with. We will be more open to concerns raised internally and externally.’

If these words sound familiar it’s because we’ve heard them—or words very much like them—before. The Garda Síochána Act 2005 promised

And the Garda Síochána (Policing Authority and Miscellaneous Provisions) Act 2015, promised sweeping changes designed to ‘promote trust and confidence in policing and to help shape policing services for Ireland in the future’ and

to provide for the establishment and functions of . . . the Policing Authority for the purpose of overseeing the performance by the Garda Síochána of its functions relating to policing services. (irishstatutebook.ie here)

In a ‘modern and progressive Ireland’, are masked gardaí providing back-up for heavy-handed masked private-security operatives fulfilling their ‘primary purpose’ of assuring the safety and security of our citizens? Is it possible to have ‘openness, transparency and accountability’ in a workplace dominated by a policy of omerta[1], in which loyalty to the uniform overrides all other considerations including natural and legal justice? Can ‘the highest levels of efficiency and effectiveness’ be achieved in an atmosphere in which those who point out inefficiencies, ineffectiveness, or incompetence are labelled ‘rats’ or, as Martin Callinan put it, ‘disgusting’? If ‘going along to get along’ is the rule and promotion depends on playing the game, is equality of opportunity even a valid concept? Is it possible to reach the top in such an organisation without being a part of a system that values loyalty to its own code of honour above responsiveness, accountability, and fitness for purpose?

On that last point, we may have taken the first step in breaking the gridlock of established practice in hiring a Commissioner from outside the force. Whether Drew Harris is the right person to break the habits of a force’s lifetime, we have yet to see; words aren’t enough, though they can be a start.

Santayana warned us that those who don’t learn from the mistakes of history are doomed to repeat them. Tomorrow I’ll look at some of the recent history of the gardaí and how much they’ve learned (leftbucket.com here).

The Chairperson of the Policing Authority, Josephine Feehily, said that images of gardaí wearing face masks in central Dublin ‘are not the kind of pictures that inspire public confidence’. She added that she had spoken to the Garda Commissioner about the incident and was pleased that he had issued a statement on the matter.

Paul Reynolds reports this afternoon (17th) that the Garda Commissioner has said the gardaí showed restraint in the face of physical and verbal abuse from a small minority and condemned what he described as the racist abuse suffered by one garda working at the event. He has also requested a report from the Assistant Commissioner in charge of Dublin to see what lessons can be learned (rte.ie here).

With reference to the officers wearing masks, the commissioner pointed out that the ‘use of fire-retardant hoods is a matter for the operational commander on the ground’ but that ‘the form of dress used at the event was not correct as it is policy that if it is deemed necessary to use the hood then it should be used in tandem with a protective helmet’.

A serious dress-code violation, then.

[1] Omerta is the mafia code of honour that dictates silence about criminal activity, a refusal to give evidence to the police, non-cooperation with authorities, and non-interference in the illegal actions of others.