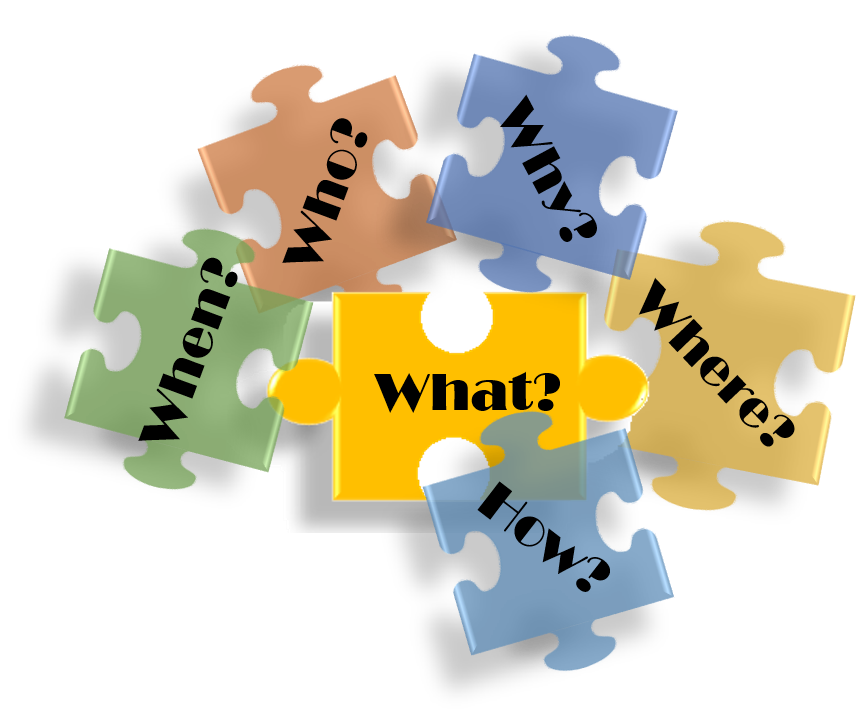 Speaking to the Law Society of Ireland in October 2014 then Minister for Justice, Frances Fitzgerald, said that in order to make An Garda Síochána the best possible police force for the country, substantial changes were needed and that ‘In some cases, this may involve confronting deficiencies and challenging bad practices.’ She promised that the proposed Policing Authority, would bring a new layer of public accountability and transparency to the administration and oversight of policing.

It will be set up as a pillar of integrity which will, I believe, greatly reinforce public confidence in the working of our police services. . . . I am determined to do whatever is necessary to provide our communities with the policing service they deserve, and I am confident that the Government’s reform programme will achieve that,’ she said. (thejournal.ie here)

The Policing Authority was established as an independent body to oversee the performance of An Garda Síochána, to ‘promote trust and confidence in policing, and to help shape policing services for Ireland in the future’. It was designed to act in coordination with the Garda Inspectorate and the Garda Ombudsman, each with a different function.

So far, so good. But then, along came whistleblowers Maurice McCabe and John Wilson telling about systemic mismanagement and worse among the gardaí. As with the criminal cases I covered yesterday (Coercion, confessions, and the Garda code of silence), it appears that little energy was expended on investigating wrongdoing—this time within the gardaí—but huge efforts were made to nail the ‘rats’ who informed on them. The subsequent scandal resulted in the resignation of two Ministers for Justice (Alan Shatter and Frances Fitzgerald) and two Garda Commissioners (Martin Callinan and Noirin O’Sullivan) and the establishment of yet another Tribunal of Inquiry, the Disclosures Tribunal, which has yet to report.

In 2012, Maurice McCabe, station sergeant in Bailieborough, County Cavan, lodged a number of complaints about garda malpractice to his superiors. Among the complaints were allegations of

Nevertheless, after McCabe had made his confidential report, he received an order from his district superior to stop using PULSE, which he had used to examine files linked to large-scale abuse of the penalty points system. That order was reinforced by two senior officers who went to the unprecedented trouble of calling to his home—a ‘cottage in the middle of Ireland, by a lake, to talk about heaven knows what’, as Judge Charleton put it. So much for confidentiality.

McCabe subsequently passed his report on to then Taoiseach, Enda Kenny, and then Transport Minister, Leo Varadkar, who passed details on to then Justice Minister Alan Shatter. Shatter asked Assistant Commissioner John O’Mahoney to undertake an internal garda inquiry into the penalty points complaints. O’Mahoney’s inquiry failed to even interview McCabe, allowing Shatter to wrongly accuse the whistleblower of refusing to co-operate—an accusation that eventually led to Shatter’s resignation.

McCabe also found himself the subject of a campaign within the gardaí that closely resembled practices borrowed from the criminal fraternity they were charged with closing down. A policy of omerta, in which loyalty to the gardaí overrode all other considerations, led to his being called a ‘rat’ and subjected to a campaign of intimidation including death threats, a report to Tusla (the Child and Family Agency) with a false accusation of child sexual abuse, and alleged briefing against him to the press by gardaí at the top of the ranking order. The systemic nature of this response was signalled when then Garda Commissioner, Martin Callinan, described whistleblowing as ‘disgusting’ to an Oireachtas Public Accounts Committee (PAC).

In a letter that was read into the Oireachtas record, Sgt McCabe said the matter had been handled in a way that had ‘destroyed me, my career and my family’. So much for confronting deficiencies and challenging bad practices.

More public outrage and rancorous exchanges in the Dáil were instigated by Fianna Fáil leader Micheál Martin’s raising of concerns over a dossier that had been passed on to him containing a note on each of ten different complaints by McCabe. In February 2014 the Government commissioned barrister Seán Guerin to review the allegations of Garda misconduct.

The report included testimonials by four senior-ranking gardaí that praised McCabe for his commitment, diligence, enthusiasm, and the high standard of his work.  Retired Superintendent Liam Hogan said ‘I relied on him, I trusted him implicitly and I listened to his advice. . . . He was full of enthusiasm with a very positive attitude’.

Guerin found that both then Justice Minister Alan Shatter and the Garda failed in their duties to properly investigate allegations of corruption and malpractice in the force reported by McCabe and went on to say that the Garda, the Garda Ombudsman, and officials at the Department of Justice all failed to heed the words of Sgt McCabe after he first raised concerns. He recommended that a statutory inquiry was required to investigate the issues that remain unresolved relating to a number of complaints made by Sgt McCabe. (irishtimes.com here).

Among its ‘conclusions and recommendations’, the report agreed with the finding of the Byrne-McGinn inquiry that ‘No malice on the part of Sergeant McCabe is established in the making of his various complaints’, and recommended that ‘a comprehensive Commission of Investigation be established. . . . Such a Commission is, in my opinion, desirable in the public interest and to ensure continuing confidence in . . . An Garda Síochána and the criminal justice system.

The report went on to say that

No complex organisation can succeed in its task if it cannot find the means of heeding the voice of a member whose immediate supervisors hold in the high regard in which Sgt McCabe was held. Ultimately An Garda Síochána does not seem to have been able to do that. Nor does the Minister for Justice and Equality, despite his having an independent supervisory and investigation function with specific statutory powers. The same appears true of GSOC (Garda Síochána Ombudsman Commission), although this review is hampered in that regard by the fact that GSOC has not made documentation available. (Guerin Report; thestory.ie here)

The report in its entirety was subsequently, without explanation, removed from the Government website, though PDFs are available from unofficial sources—including thestory.ie, cited above.

Following Guerin’s recommendation that ‘a commission of investigation be established . . . to investigate the issues that remain unresolved arising out of complaints made by Sergeant Maurice McCabe . . . in the public interest to ensure continuing confidence in the institution of An Garda Síochána and the criminal justice system’ the government commissioned the O’Higgins report.

In February 2015, Justice Kevin O’Higgins was asked to re-examine a number of McCabe’s original complaints. He found that

Many organisations and institutions have an instinctive hostility to whistleblowers. This may be explained by cultural or historical reasons. The hostility may be as a result of a particular understanding of what constitutes loyalty. Under that understanding, any criticism from within is regarded as suspect, disloyal, or even treacherous. This notion of loyalty can be all the more ingrained in organisations, such as An Garda Síochána, with a strong tradition of internal solidarity. However, there is a growing realisation that the activities of whistleblowers, so far from being disloyal, may be motivated by a genuine concern for, and dedication to, an organisation. . . . A fair consideration of the merits of such complaints (rather than a focus on the complainant) may be of considerable benefit to an organisation. . . . In the case of An Garda Síochána, such an approach can enhance the quality of the service provided to the people of Ireland. The ability of an organisation to learn from past errors is essential for the improvement of its future performance. (O’Higgins Report, justice.ie here)

The report described Sergeant McCabe as ‘a dedicated and committed member of An Garda Síochána’, who had ‘shown courage and performed a genuine public service at considerable personal cost. For this he is due the gratitude, not only of the general public but also of An Garda Síochána’.

He has brought to public attention certain investigations where the public was not well served. He has also highlighted certain legitimate concerns about procedures and practices in place at Bailieboro garda station. . . . Sergeant McCabe felt that his complaints were not being addressed properly [and] in addition, Sergeant McCabe felt that he was subjected to ridicule and odium by certain persons within the force. He felt very isolated as a result of his complaints.

While finding that McCabe had ‘performed a genuine public service at considerable personal cost’ and ‘acted out of genuine and legitimate concerns’, and that there were serious flaws in policing in the Cavan-Monaghan division, the Report nevertheless found no evidence to support claims of garda corruption in the district. Failures ‘were at a human level and caused by poor individual performance and, in many instances, by poor supervision’ (justice.ie here).

Eight months after the publication of the O’Higgins Report, an article in the Irish Examiner in February 2017 and a Prime Time special on RTE, again raised the treatment to which Maurice McCabe was subjected after his ‘confidential report’ became known. The renewed outrage that followed led to a promise from the government of yet another Commission of Investigation, chaired by Justice Peter Charleton, a Supreme Court judge. McCabe demanded instead a Tribunal of Inquiry, which would take evidence in public rather than in private. After more public outrage and opposition pressure, the government agreed and established the Disclosures Tribunal (Tribunal of Inquiry into protected disclosures made under the Protected Disclosures Act 2014 and certain other matters following Resolutions), which opened on 27th February 2017 and has not yet reported. More on this tomorrow (leftbucket.com here).