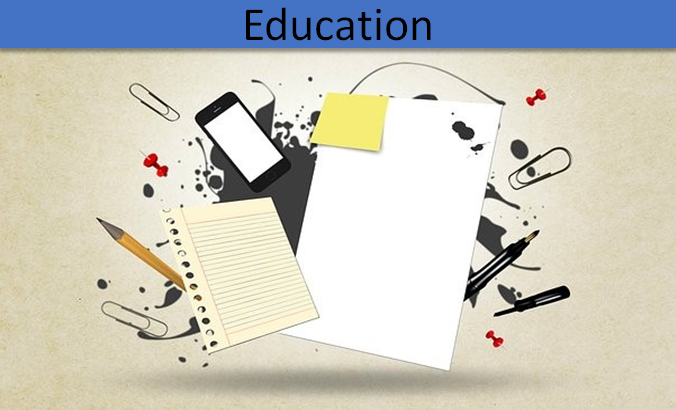 On the face of it, these factors add up to a more democratic spread of educational opportunity. But at a second glance, things don’t seem that different after all. The general population of students in Irish universities is still predominantly from the upper and middle points on the socio-economic scale. Leaving School in Ireland points out that

Young people who attended a school with a concentration of working-class students were much
less likely to go on to higher education than those who attended middle-class or socially mixed schools,
even [allowing] for individual social background and Leaving Certificate grades (www.esri.ie/publications here)

The significance of that pattern is enormous. All other things being equal—intelligence level and Leaving Cert grades, for instance—students who attend schools in working-class areas are less likely to graduate to third-level study than their more affluent

Why is it that removing the most obvious obstacles to working-class participation in third-level education hasn’t resulted in a greater impact on the numbers of working-class students attending university? Why is it that, even factoring out Leaving Cert grades and individual social background (lower family expectations and fewer family resources, for instance), students from mainly working-class schools are still much less likely to go on to higher education than those who attend middle-class or socially mixed schools?

Two classic studies may offer partial answers to those questions: ‘A Hypothesis-Confirming Bias in Labeling Effects’ by John Darley and Paget Gross, (Darley, 1983) and Pygmalion in the Classroom, by Robert Rosenthal and Lenore Jacobson (Rosenthal, 1992).

Darley and Gross’s study examined social perceptions of the relative intelligence of high- and low-economic groupings. Researchers showed two groups of participants (graduate students at Princeton University) video recordings of a young fourth-class girl, Hannah, in the area where she lived, in a local playground, and at her school.

In one group, participants saw Hannah living, playing, and attending school in a working-class neighbourhood. They were told that both of her parents were blue-collar workers with a secondary-school education: her father was employed as a meat packer and her mother was a seamstress who worked at home.

The other group saw Hannah living, playing, and attending school in an affluent suburb. The participants were told that both of her parents were college graduates: her father was a solicitor and her mother was a free-lance writer.

Immediately after viewing one or the other of these two background videos, participants were given an evaluation form to complete, grading Hannah in reading, mathematics, and liberal arts on a scale from pre-school to sixth class. Importantly, they were given a box to tick for ‘insufficient information’ if they felt they couldn’t judge.

That is, based on her socio-economic status alone, participants judged working-class Hannah as being somewhat less intelligent than middle-class Hannah. The perceived differences between the two Hannahs were 0.32 of a grade level for liberal arts, 0.39 for reading, and 0.18 for maths. These are not insignificant differences—for a child in fourth class, to be perceived as lagging that far behind her classmates in her progress would be a noticeable distinction.

Both groups were then shown another video recording. In this case, both saw the same recording, in which Hannah responded to 25 achievement-test problems ranging from second- to sixth-class level. Participants were told that the test included ‘easy, moderate, and difficult problems’. Hannah’s performance was prearranged to present an inconsistent picture of her abilities. She answered both easy and tough questions correctly as well as incorrectly. She appeared to be fairly verbal, motivated, and attentive on some portions of the video recording and unresponsive and distracted on other portions. The tester provided little feedback about her performance.

Participants, having seen the ‘objective’ evidence of Hannah being tested, became much more confident in their judgement. Rather than judging the ‘two’ Hannahs equally, however, they showed a reliably greater distinction between ‘working-class’ and ‘middle-class’ Hannah on all three indices: 1.04 for liberal arts, 1.06 for maths, and 0.96 for reading. Remember, all participants had seen the same recording of the same girl giving the same answers to the same questions on the same test. Nevertheless, those participants who had seen the video of Hannah suggesting that she was from a lower socio-economic background judged her to be about a full year behind the grade given when the graders thought she was from an affluent background.

When they were asked to explain their evaluations, they spoke about only the test items on which the child’s performance was consistent with their initial expectations. Participants who expected a good academic performance (from ‘middle-class’ Hannah) decided that the test was very difficult, which would account for instances of poor performance. Participants who expected a poor performance (from ‘working-class’ Hannah) reported that the test was easy, which would account for apparently inconsistent good performance.

Participants were also asked to report what they saw as positive or negative behaviours. Those who believed Hannah came from a ‘middle-class’ background attributed a significantly greater number of positive behaviours to her performance than those who had believed she came from a ‘working-class’ background. They praised middle-class Hannah on her ‘ability to apply what she knows to unfamiliar problems’ whereas the group that had seen ‘working-class’ Hannah reported that she had ‘difficulty accepting new information’. Again, both groups were talking about the same recording of the same girl responding to the same questions.

Importantly, assumptions about the relative difference between ‘working-class’ and ‘middle-class’ Hannah were comparatively mild when the graders were aware that class was a factor (that is, after seeing only the environmental video) though they still weren’t neutral. One group agreed that working-class Hannah was a bit below average and the other group agreed that middle-class Hannah was a bit above average. None of them chose the ‘don’t know’ option.

When presented with ‘objective’ information, however, their unconscious bias showed through as much more pronounced—even though, when questioned, all participants said that the demographic information was ‘not useful’ in making their evaluations. The disjunction between the comparative grades before and after participants had seen the recording of the test suggests a disparity between conscious and unconscious motivations. Viewing the ‘objective’ information of a test—with the issue of social class apparently off the table, with no resulting guilt to hold back unconscious motivation, and with no conscious corrective of unconscious bias—the gap between grades given to ‘working-class’ Hannah and ‘middle-class’ Hannah increased markedly.

None of the participants was aware that their ‘objective’ opinions were skewed by unacknowledged or unconscious assumptions about class and relative intelligence. It’s more than possible that they would not now consciously agree with those assumptions. Nevertheless, their assessments of ‘Hannah’ varied according to her perceived class. This is not just an interesting academic finding; had they been actual tests, the differing assessments would have had a serious effect on Hannah’s future.

These results demonstrate the difficulty of a claim to class-blindness, gender-blindness, colour-blindness, etc. on an individual, group, or national level. Generations of cultural biases—the ‘truths’ that ‘everybody knew’ as we grew up—don’t disappear because we know better now. They just hang out in our collective unconscious: our Jungian ‘shadow side’. They remain visible only by their effects, and even then, only if we’re brave and honest enough to examine them.

In our own image

The powerful potential consequences of those unexamined assumptions are demonstrated in the second study, Pygmalion in the Classroom, showing the extent to which teachers’ expectations influence a student’s achievements. The authors, Robert Rosenthal and Lenore Jacobson, told teachers at a primary school that they were administering a test to identify ‘academic bloomers’, i.e. those who were expected to ‘enter a period of intense intellectual development over the following year’. After the test, the researchers reported that the results showed that specific students would be ‘bloomers’.

In reality, the test was a regular IQ test, and the ‘bloomers’ were randomly selected. These students were not in any way distinguished by their test performances. Nevertheless, a year later when the researchers returned to the school and administered the same test, the results were astonishing. The ‘bloomers,’ who were no different from their peers a year ago, ‘now outperformed their unselected peers by 10-15 IQ points’ (Adam Alter, ‘Why it’s dangerous to label people’, Psychology Today, 2010).

The researchers concluded that the teachers, who didn’t realise that they had been misled, and, under the impression that they were ‘harvesting unseen talent’, expected more from these students. Those expectations produced a self-fulfilling prophecy in which the students who were labelled as ‘bloomers’ actually outperformed their peers.

Later research suggests that the effects are strongest in the first two years of school when patterns are being established. Self-evidently, those same effects diminish as the teacher and student get to know each other better or as students establish and settle into their ‘place’ in a complex school social pattern. But, like the unconscious assumptions in the first study, those effects don’t go away you know.

The only known cure for biases such as these is to call them out for what they are. And the finger of accusation can’t only be pointed at others—we all need to examine our assumptions, conscious and unconscious. If we want a fairer society, the place to start is with ourselves.

It should be clear that teachers cannot grade their own students for certification. A move away from exams toward project work requires anonymous grading, in which geographically distant schools exchange portfolios of their students’ work for grading. The graders won’t know either the name and location of the school or the name of the student. Blackrock College students will be judged on the same criteria as those who attend Ballymun Comprehensive.

Such a system will give a far more nuanced picture of a student’s capabilities and a pretty reliable indication of how the student can best progress. Either as stand-alone criteria for college admission, or in combination with exam results, this more nuanced evaluation will mean a better match between students and the courses they take or don’t take at third level—at university, trade school, IT, or whatever. Our aim has to be informed students making informed choices about their future.