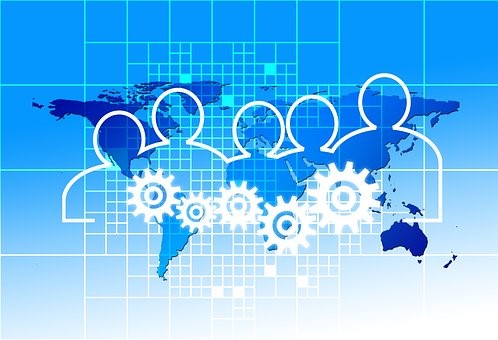 Talk of ‘revolution’, often brings up visions of mob violence, burning cars, and tear gas. But genuine and peaceful revolution can happen when we realise that we, the people, have the power to change ourselves and our world; this is the idea that Marx and others espoused in their political and economic perspectives. Change happens when people communicate with each other, discuss, argue, open their minds, and learn from each other.

The many definitions of ‘socialism’, ‘communism’ and indeed ‘democracy’ have been misinterpreted, corrupted, and propagandised over the years to suit a variety of purposes. For the sake of our argument, we’ll assume that all three carry the same meaning: a society based on freedom, diversity, and equality that works together for the common good of all.

So, how do we start? What does the process look like? Below are some steps that we might consider in order to take that measured, logical step in a progressive direction.

You may think you are living in a democracy, but haven’t you ever wondered why you feel so powerless? Generally speaking, people don’t even question—or notice—the fact that they live in an autocratic society. Why is the place in which you spend most of your time outside of your home, i.e. the workplace, also the place in which you have little or no democratic voice? We gossip,

complain, and occasionally turn on our colleagues out of frustration or resentment, but if you have a family, a mortgage, any kind of debt at all, you are pretty much trapped in your job—if you are lucky enough to have a secure position. Often the common attitude is to ‘get through’ the day, drink your coffee, smoke your cigarettes, work off your frustrations in the gym—or whatever you need to just get through it.

Change can start with the realisation that the disparity in wealth that exists in society is equal to a disparity in democracy between the rich and the poor, the haves and the have-nots, or the wealthy business class and those of the working poor.

Here in Ireland, the gap between rich and poor increased massively both during the [boom], obviously, and during the great recession that followed it, less obviously. The Credit Suisse Global Wealth Report 2016 found that the top ten percent [in Ireland] owned considerably more wealth (58.5%) than the other ninety percent could claim between us (41.5%). The top one percent owned more than a quarter of the country’s wealth (27.3%) or, put another way, marginally less than the bottom eighty percent combined (27.8%). (Interesting Times, leftbucket.com here).

The share of wealth accruing to the bottom ten percent of us is a negative value—that is, our indebtedness exceeds our income. Which makes it particularly galling when successive governments preach that we need tax cuts for the wealthy in order to get the economy moving. As wealth rises and coagulates at the top, so too does power—and that doesn’t trickle down either.

God help you if one day by some kind of accident you find out how much your company is making and, as the figures float around in your mind, you compare that to the salary they give you. If you’ve got a job, be thankful, but somewhere in the back of your mind you know it’s unfair, you’re worth more than this. And of course you are: no employer in his right mind would give you a job if you weren’t making them 10 times more than you cost.

This is the initial step: deconstruct your worldview. Understand that you are not living in a truly democratic society.

Following on from the last point it might interest you to know that there is something you can do about it from the outset. Join a union and encourage others to do so. It’s well known that workers who are part of a union have much better salaries and conditions than those who aren’t. The union gives workers the empowerment they need in practical terms, and in psychological terms as well. Workers need to be able to express the contradictions they see around them. In Ireland, workers in the private sector are almost completely unprotected and this might account for why it is common here for companies to have as few benefits as possible. Zero hour contracts, no sick days and, in the event of natural disasters like Storm Ophelia or the recent Beast from the East blizzards, many workers left without pay—even in service areas where clients were not being refunded—leaving workers with nothing and companies with bumped up profits.

If more people were in unions there would be a counterbalance to what employers provide, which is often the minimum required by law and nothing more.

A more radical step toward a peaceful revolution would be cooperative or employee self-directed companies. If the revolution is to be successful it has to come through economic means. Communism maintains the idea of shared ownership; if we are to make a real success of Marxian ideas, however, we need a more Horace-Plunkett approach than state control. Plunkett managed to organise Irish agriculture into cooperatives over a hundred years ago; we need to promote this kind of organisation in other spheres of the economy. (See Horace Plunkett: Co-operation and

Politics, An Irish Biography by Trevor West, published this year.)

The focus of these cooperatives could be on job security, self-development, and durability in the economy. These companies are democratically run, local and community supported. This means that those who work in the company have little or no differences in their salaries, which means the company has the potential to make a greater profit, workers can enshrine their own set of benefits, such as sick days, maternity/paternity leave, training, and other perks. For more information on this see my article on this site, Creating Sustainable Cooperative Communities. You could also check out these sources: icos.ie/starting-a-co-op, community-wealth.org, cooperativehousing.ie, and mondragon-corporation.com.

There is an even older Irish tradition of cooperation in the meitheal, in which communities gathered together on a neighbour’s farm to help with the big

Neighbours who give their work to others are helped in turn with their own heavy seasonal tasks. . . . The heart of the concept is community unity through cooperative work and mutually reciprocal support. Meitheal is the Irish expression of the ancient and universal appliance of cooperation to social need. (The Mary Robinson Centre, cited in An Meitheal Mor, http://leftbucket.com/an-meithal-mor/)

If you believe in economic and environmental justice, freedom, and democracy, then get involved in this type of organisation or help enable their launch. Cooperatives can be either formed by or simply supported by members of the public as a matter of consumer choice.

Credit Unions are often the lifeblood of local communities and they are probably the most successful cooperative organisations in Ireland and around the world. It should be noted that alone

among the financial institutions, credit unions managed, by and large, to survive the crash in 2008, with about 75% of them successfully overcoming the crisis without a taxpayer bail-out.

If you have a business, a cooperative, or personal savings, credit unions are your best bet. There are over 450 credit unions countrywide and in some cases, credit unions have merged to form larger unions capable of providing mortgages. It has been recognised by many in the political arena that these financial institutions could be developed into a wider community banking system, which would have much the same facilities such as ATM’s and mortgages that would rejuvenate local communities.

Instead of waiting for the government to do something, however, you can do it yourselves. Join, support your local Credit Union, and help guide the agenda of the institution in its Annual General Meeting.

I saved this step until last because I believe that of these five points it is least important in terms of starting the revolution; if we are to have a sustainable system that ultimately casts off the shackles of profit-driven capitalism, however, we need to have constitutional assurances. If we are to save our societies from social injustice and environmental catastrophe we have to maintain an economic system that works to that end. Politics and economy are interdependent and historically, it should be stressed, there was no such division between the two.

At this moment in time, governments are held hostage by big business who, on an ongoing basis, threaten governments into dropping tax rates, subsidising businesses, and accepting, on behalf of the rest of us, high costs for services. In health, for instance, the drug companies will leave our country (this is the narrative) if we raise corporation tax. Ireland, in particular, has given abundant hostages to fortune in the shape of the nearly 25,000 of us that are directly employed by the pharmaceutical companies alone, and another 25,000 or so who supply support services to them. If they were to pull out, the consequences for a small country like ours would be devastating. Fear of those consequences means that we the people are losing our democratic voice altogether.

This does not have to be the case. If governments did more for cooperative industries, we might have a much better economy and one that would be better placed to resist a threat of jobs moving to China or any other low-wage country, while remaining an open economy.

Ireland pays dearly for our low-taxation model. We pay more than most countries in the world for the cost of healthcare; according to the OECD, we rank sixth in the world. The table below shows that we spend marginally less on healthcare than people in Germany, and marginally more than The Netherlands and Sweden. What it doesn’t show is that we receive a fraction of the benefits available in those countries.

We spend less on social necessities—homes for the homeless, for instance, with almost 10,000 people living in ‘emergency’ accommodation. We have an abysmal record on child poverty: in 2016, ‘11.1% of children lived in consistent poverty. That equates to approximately 138,949 children. This is one in nine children—equivalent to the entire population of a county like Wicklow or Mayo’ (barnardos.ie here; cited in Eighth Amendment on this site).

Join a political party, any one of them; bring people into the political process and change the system from inside with policies that can transform our system through political support for cooperatives and unions, and by embracing diversity in our society.

Revolution doesn’t have to be violent or destructive; it doesn’t have to have a top-down political structure. These five steps—understanding that you are not living in a truly democratic society, joining a union, joining or forming a co-op, supporting your local Credit Union, and becoming politically engaged—can enable a massive step forward in bringing about the meaningful, peaceful, and intelligent revolution our country and the world is so desperately seeking.