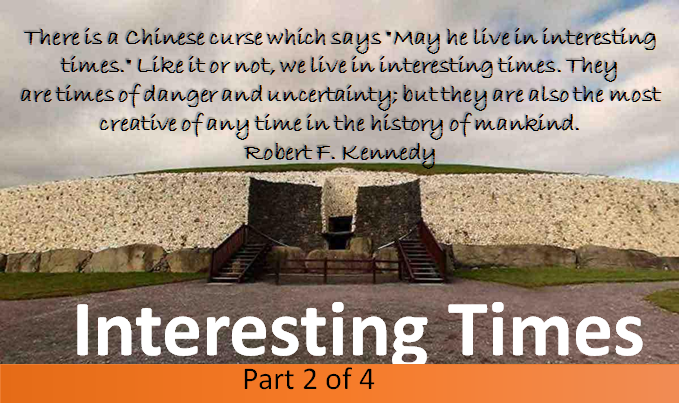 In the last two Irish general elections, voters just stopped believing. After generations of batting the electoral ball between two right-wing parties along Civil War lines of loyalty, they just stopped believing. In the 2011 election, they made Fianna Fáil pay for the crash with an historic loss of more than half of its first-preference votes and 57 of its 77 seats. In 2016 they made Fine Gael pay for the years of austerity that made the rich richer and the rest of us miserable. Having

been the main beneficiaries of Fianna Fáil’s loss in 2011, in 2016, Fine Gael themselves lost 26 seats, leaving them back at 50. And the coalition lost its majority. The result was a hung parliament in which Fine Gael retain power by grace and favour of a drastically reduced but politically astute cohort of Fianna Fáil TDs: refusing to grasp the poisoned chalice of government, Fianna Fáil retain the ability to collapse the current government pretty much at their will.

In the same election, Labour paid for abandoning their core supporters and barely scraped in with a seventh seat, their worst election result ever—falling from 37 seats in 2011, their best ever.

2016 was the election that nobody won and everybody lost. By general consensus, the established parties have failed the country and none of the alternatives look like they could do any better. We’re left with a generalised free-floating anger. The widespread insurgent mood that was seen in the water-charge protests has been frustrated by a weary cynicism: we’d still like to do something, but can’t see the point anymore. A pox on all your houses.

In late November, Fine Gael dipped a tentative toe in the electoral water and as good as announced the start of the phony campaign with a clumsy attempt to rewrite the script on homelessness. Apparently, we’re doing OK compared to some other countries, and would we please stop feeding the homeless because it

only encourages them to stay homeless and continue the ‘bad behaviour’ that got them there in the first place. And would the media please stop talking about homelessness; it hurts the reputation abroad of Ireland Inc.

Even for Fine Gael, the Marie-Antoinette rhetoric was tone deaf. When ‘more people are homeless than ever before and one in three is a child’ (focusireland.ie here), talk of ‘bad behaviour’ raises echoes of the bad old Blue-shirt days, industrial schools, and Magdalen Laundries.

That attempt at spin wasn’t only clumsy, it was also spectacularly ill-timed, followed as it was in very short order by yet another scandal questioning the integrity of the Government, and specifically, the Department of Justice. That a Government can be wrong-headed in its policies is one thing, but for a Government to be dishonest, to lie to the people

and to each other, and to collude either by commission or omission—with the Gardai of all people—to obstruct justice is something else.

Varadkar, in his Trudeau/Macron mode, held his shaky ground and almost wrong-footed himself into a snap election for which the party clearly wasn’t ready; holding it off meant holding on to the ‘confidence and supply’ deal with Fianna Fáil, which meant throwing Frances Fitzgerald under the bus, which meant a climbdown that has cost them. The tail cheerfully wagged the dog and the dog isn’t happy. The next election will take place whenever Fianna Fáil have all their electoral ducks in a row. If Fine Gael last that long.

In the UK, the tone-deaf Theresa May decided to call an election three years before she needed to, so confident was she of a bigger majority than she already had against the ‘unelectable’ Jeremy Corbyn. That increased majority would, in its turn, strengthen her hand in negotiations with the EU.

That didn’t work. The result was a hung parliament in which the Tories now retain power by grace and favour of the Northern Ireland Democratic Unionist Party (DUP), weakening May’s hand in negotiations with the EU, with her own right wing—and with the DUP. We saw how that last one works in early December when the DUP tail very publicly wagged the

UK dog: Arlene Foster, the DUP leader, peremptorily called May out of the almost-concluded Brexit negotiations and sent her back in to scupper the almost-agreement on border issues.

The document that ultimately emerged from those negotiations is a fudge buffet just waiting to be picked apart—and it took less than 48 hours for David Davis, May’s Secretary of State for Brexit, to start the picking. Apparently, Davis believes that Varadkar’s ‘iron-clad guarantee’ (that no matter what, there will be regulatory alignment between Northern Ireland and the Republic) was a ‘statement of intent’ on the part of the UK and not legally enforceable. There followed a lot of bendy talk for a couple of days under the general rubric of nothing being agreed until everything is agreed.

The murky picture that developed of the UK commitment on regulatory alignment comes into different focus depending on expectations of how the negotiations will conclude. If, as Varadkar apparently expects, an amicable divorce is negotiated, then, as things stand, the final agreement has to include regulatory alignment (although there’s still a lot of fudge about what that means). On the other hand, if there is no agreement and the UK crashes out of the EU, it will be as if no agreements have been made along the way, and that ‘iron-clad guarantee’ becomes an unenforceable, bad faith statement of intent.

The generalised fudge surrounding the promised regulatory alignment, north/south (between the Republic and Northern Ireland) and east/west (between Northern Ireland and the rest of the UK) gets even fudgier when it comes to the vexed question of how that alignment can be achieved. The simplest solution would be for the UK to stay inside the customs union, or to ‘mirror’ EU regulations from the outside—both of which defeat one of the stated aims of Brexit, the ability of the UK to negotiate their own international trade agreements. Alternatively, allowing Northern Ireland to trade freely across its two borders into both the UK and the Republic, would make of it a back door to sneak European goods into Britain, and to sneak British goods into the EU. Closing one of those borders will either move the effective border into the Irish Sea or breach May’s promise to the EU that north/south regulatory alignment would be maintained no matter what.

Any of those alternatives, except the last, would infuriate the Brexiteers, the Tory right in general, and crucially, the DUP—the thread by which May’s government dangles.

It happens that Boris and UKIP were paying attention and, by stoking up that anger-looking-for-an-outlet, pulled off a referendum result that nobody, least of all themselves, had expected. David Cameron picked a can’t-lose fight with the lunatic fringe and the lunatics won.

As a result, Cameron lost his job. His successor, May, still wasn’t paying attention. Buoyed up by polls that predicted a Tory landslide, she picked a can’t-lose fight against the ‘unelectable’ Jeremy Corbyn. But Corbyn was paying attention as well, and the old-Labour warrior came close to putting May out of her then soon-to-be misery by putting Labour back into Downing Street. ‘Almost’ doesn’t get you the key to number 10, of course, but to paraphrase Gene Kerrigan, if Labour didn’t win the election, the Tories definitely lost it (independent.ie here).

Meanwhile, Corbyn continues to mop up support from among floating voters and disappointed Tories, as well as the disaffected left in his own party, and is increasingly energised by their passion. Labour will pull May’s government down (if it lasts that long) when Corbyn is ready—which is not yet. But it may be soon. Or Not. Or the DUP could pull the plug. Or Boris could take a flyer. The only certainty is that there is more chaos to come, more volatility, more making-it-up-on-the-fly. And more Boris Johnson threatening to become untethered from political reality and to take the UK with him.

We are both, the UK and the Republic, lumbered with Governments that nobody wanted and that could fall—quite literally—any day. And nobody really cares. Both the anger and the cynicism among voters speak of a dislocation from an inauthentic politics in which promises are made and heard with the certain knowledge that they won’t be kept. In which spinning and fudge are more than rhetorical devices: they are intrinsic to political discourse. In which the domination of that discourse by reference to a common enemy—the IRA, undocumented immigrants, ISIS, the EU—masks the process by which wealth is, and has been since the Thatcher/Reagan days, steadily transferred upward in unregulated neo-liberal economic logic. As money rises and coagulates at the top, so too does power and that doesn’t trickle down either.

That dislocation, the dissatisfaction with politics-as-usual, the anger and the cynicism, all contribute to a desire for something new—but no idea what that something is. The vacuum thus created makes space for extremist doctrines. But that space is also available for more coherent, socially responsible alternatives. If only there were something like that on offer.

What does it all mean? Does it, in fact, ‘mean’ anything? Have we reached a post-modern space where alternative facts are a thing, and where something said loud enough and often enough becomes (provisionally) ‘true’ by general assent, and where all meaning is meaningless? Is the political ground fracturing beneath our feet a sign of the end times or the start of something new?

And if it’s the latter, will we know what to do with it?

In part three: Where did it all go wrong?

Way back in the twentieth century, Tony Blair did for the British Labour Party what the Clintons did for the US Democrats—dragged them into the grasp of big money. The Irish Labour Party achieved a similar result by selling their souls on the cheap to Fine Gael; ideologically bankrupt and nearing retirement age, they sold their followers out for a TD’s pension apiece.

All three—Irish Labour, British New Labour, US Democrats—assumed they would pull their core support behind them, and all ultimately lost elections because they weren’t paying attention to the whirlwind reaped by neo-liberal economics.

Also in this series of articles is  “The elections that nobody won and everybody lost,  “Where did it all go wrong?” and “The ground beneath our feet”