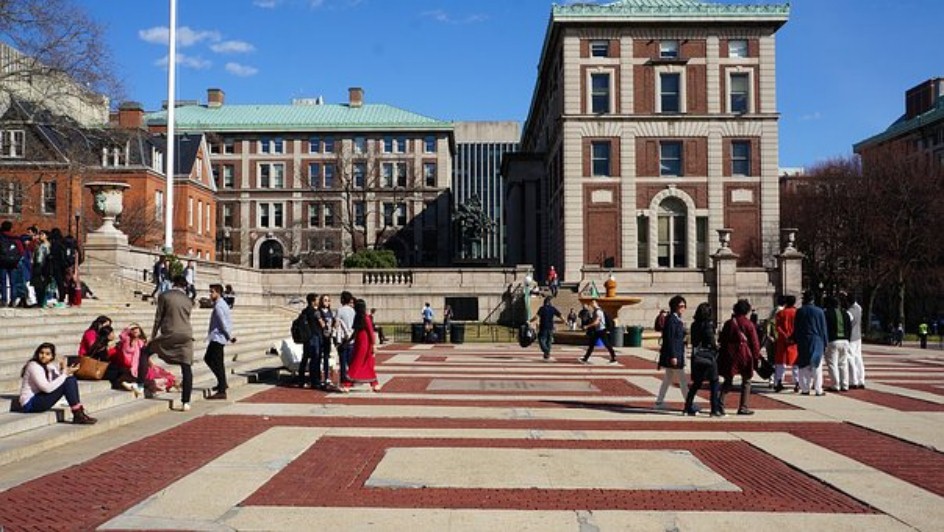 On RTE’s Morning Ireland today (8th August), Professor Michael O’Leary, Director of the Centre for Assessment Research Policy and Practice at the Institute of Education at DCU, discussed a new study carried out by Dr O’Leary and Dr Darina Scully that reveals a disconnect between what students are taught during the senior cycle at secondary school and the skills required for third-level study. The research asked first-year undergraduates at DCU, who had completed their Leaving Certificate in the previous year, whether studying for the Leaving Certificate had prepared them well to complete the tasks asked of them in their first year at university. A large majority said that they had not been prepared to critically review evidence, to identify and compare sources of information, to use evidence to inform opinions, to interrogate ideas—essentially higher-order thinking skills, as Dr O’Leary pointed out.

Similar results were found in a previous study by the ESRI, Leaving School in Ireland: A Longitudinal Study of Post-School Transitions. In that study,

A large majority of [school] leavers reported significant differences in teaching and learning between their second-level education and their post-school course. They indicated particular difficulties in relation to the standard expected of them, the difficulty of the course and managing their workload. A key factor emerging from the in-depth interviews was the need to engage in self-directed learning in further/higher education, especially the challenges in managing deadlines, which was contrasted with the more directive approach adopted in school.

In an article published in March of this year, I asked the same questions and came to similar conclusions.

The passive role too often demanded of the second-level student contrasts sharply with the active role required at third-level, where students are expected to engage in self-directed learning. Those who have come straight from a ‘directive’ approach and whose days have been organised according to a strict timetable have difficulty managing their own time; they may have difficulty keeping up with work required but not handed in for grading—reading for instance. Students who have learned by rote have difficulty using what they have memorised to solve novel problems. Students who have never been asked their opinion until the teacher told them what it was can have difficulty evaluating new material.

In the passive classroom, the teacher, as walking textbook, does all the talking. The student, as empty intellectual space waiting to be filled, does all the listening—while simultaneously trying to memorise or record it all in notes (both of which interfere with listening). This is the pedagogical model beloved of Mr Gradgrind in Dickens’ Hard Times.

The active role asked of students in a participatory classroom facilitates a process of dialogue and collaboration between teacher and student, and between student and fellow student. Dialogue and collaboration allow teacher and students to navigate a course through the material together using a combination of classroom methods, including but not limited to any of the following:

In the active classroom, the teacher is no longer a walking, talking textbook. Students aren’t empty spaces waiting to be filled with the knowledge transmitted by the teacher. Both teacher and student are active participants in a process of exploring and simultaneously evaluating knowledge claims.

Active teaching/learning models require students to think for themselves. They motivate students to evaluate what they are learning: to read, listen, and watch critically and analytically. The focus is on the work of learning—and on learning how to learn. To paraphrase Margaret Mead, students need to learn how to think, not what to think.

Without the skills required to engage critically and analytically with new material, to draw conclusions as to the validity and/or value of the evidence presented, and to present those conclusions clearly and convincingly, either in class or in written projects, Irish students will continue to experience difficulty with the demands of third-level learning. The hallmarks of the active classroom—the practice of dialogic exchange, critical analysis, and evaluation—produces not a checklist of factoids to be digested and regurgitated at a later date, but a deep understanding of the subject being studied. The established routine of reading and writing critically and analytically, the habit of asking questions and finding answers, and the depth of engagement in an active classroom, all contribute to the rich context that typically enables students to reach a greater understanding of the course material, and to retain much more of it than students engaged in passive reception and rote memorisation. That increased retention translates into improved written work, increased confidence, and a smoother transition to third level. It incidentally improves exam scores.

The exchange of ideas and opinions between teacher and students—and between students and other students—in a non-judgmental, supportive context teaches participants that knowledge is multi-faceted and that good minds can and do differ. The emphasis on critiquing, questioning, and evaluating knowledge from a number of different perspectives—including the students’ own—develops and exercises the necessary tools to evaluate new material.

An engaged critical model enables students to take on board and evaluate someone else’s thinking, from textbooks, from teachers, or from social media. Students will develop and exercise skills that enable them to locate the central argument in texts and to distinguish a valid argument that is evidence-based from an unsupported claim or assumption. They will learn to engage with and evaluate material from alternative points of view, weighing up evidence for opposing arguments fairly.

Students will also learn to criticise and evaluate their own thinking, to examine their own ideas and assumptions, retaining those that are evidence-based for academic purposes. And they will learn to mount an argument to support those ideas in a structured, well-argued way.

Where did the lectures go?

Lectures—the core material that the student will need to participate in the course—can be made available online in an audio-visual format and remain online from the week they are assigned until the end of the course. In this way, the student can watch them during the week they’re assigned, and as often as they like thereafter. At a later date, if students are struggling with a section of the material, they can go back to the lecture and go over it themselves. Revision is no longer an attempt to decipher scribbled notes, but a return to the full lecture. There is consequently no need to memorise or take notes while watching the lecture; the student is free to engage fully with the material and to bring that engagement into the classroom, ready for discussion.

Exams test shallow knowledge. Two young people I know, from different schools, recently passed their Leaving Certificate in English, with honours, but without reading the assigned texts; instead, they simply memorised bullet lists of facts supplied by textbooks and teachers. That is, they left school qualified but not educated. And unprepared for the active role demanded of them at third level.

Exams don’t measure how well students understand the material—the depth of knowledge that is demonstrated in project work, discussion, and debate. We have fabulous, hard-working, and dedicated teachers in our secondary education system who are too often frustrated by the enormous pressure—too little time, too few resources, too many students—to teach, not the subject, but how to pass the exam. The stress for both teachers and students associated with a once-off final is tremendous and leads to knock-on problems down the line.

Irish teachers and parents are very fond of the Leaving Certificate. It has been our gold standard for educational achievement at second level for almost a century. And therein lies the problem: a lot has changed since 1924 when the Leaving Certificate was first introduced. Consequently, it is now expected to do what it was never designed to do—to prepare students for and measure their suitability for third-level study.

After nearly a century, it should come as no surprise that our system of teaching and assessment could do with a shake-up. At a minimum, the senior cycle has to be turned around to face the future, to prepare students for third-level. Continuous grading across the senior cycle would provide a far better predictor of a student’s post-secondary performance than an exam; it would also allow teachers and students to strategize the best route to the individual student’s goal. Well-prepared students making informed decisions about their post-secondary career should be the aim.