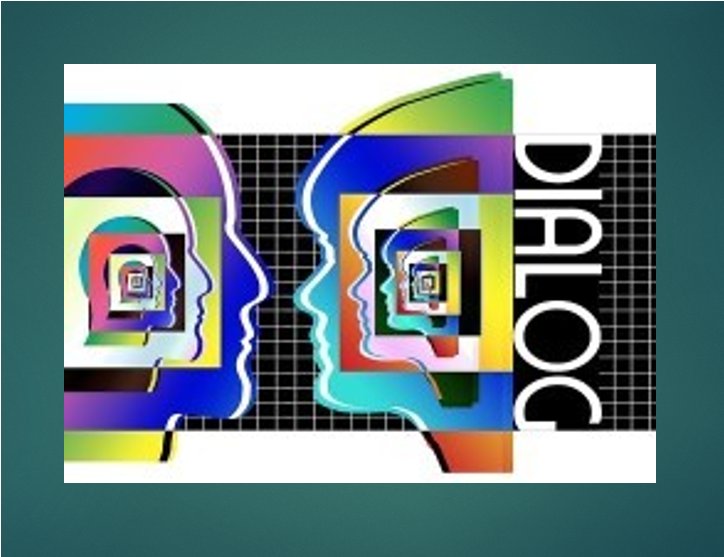 In October 1983 the Eighth Amendment to the Constitution became law following a referendum that resulted in a two-to-one majority for its inclusion. Thirty-five years later, another referendum, in the centenary year of Irish women’s suffrage, returned a two-to-one majority for its repeal. It seems fitting to ask whether the significant change in attitude signalled by the vote to give women the right to make their own healthcare decisions translates into changes in the status of women in Ireland more generally. How are Irish women doing now?

The EU report, Representation in Ireland, finds that

There’s no doubt that Irish women have more rights than their mothers, grandmothers and great-grandmothers, but gender equality in Ireland has yet to be achieved in many areas.

Men still dominate the workplace and are the main decision-makers in business and politics while women often find themselves lagging behind when it comes to equal opportunities and income. . . . Challenges remain in fields such as violence against women, reconciling work and family life, and gender balance in decision-making and positions of power. (ec.europa.eu here)

But reality bites the complacent. Representation in Ireland suggests that those figures mask a more depressing picture: although the situation for women in employment has improved since 1983, inequalities and barriers to advancement remain. There are fewer women in the workplace than men (51.5 to 67.8 percent), but women make up the majority of part-time workers, depressing their potential and actual earning power. Taking into consideration the

disadvantages women face in terms of lower hourly earnings, fewer working hours, and lower employment rates due to caring for children or other relatives, the report suggests that the adjusted figure for Ireland’s gender pay gap stands at 34.7 per cent.

Change may be in the air: the Government has promised to give priority drafting status to two new bills—the Gender Pay Gap (Wage Transparency) Bill 2018 and the Irish Human Rights and Equality Commission (Gender Pay Gap Information) Bill. We’ll see how that goes.

More women than men look after the home and family (445,500 to 9,200), and there’s a wide gap between men and women in terms of how much time each spends on unpaid work—caring for older relatives, for instance. Legislation has yet to recognise that the home can be a workplace for the carers who live there. Orla O’Connor, director of the National Women’s Council of Ireland (NWCI), argues that the current system discriminates against women who take time out from paid work to care for their children or other family members, and that ‘the Government will need to take concrete measures to rectify how care work is recognised’ (irishtimes.com here). Carers, for whom the home is a 24/7 workplace, and who have sacrificed their earning power to take on responsibilities the State neglects, lose out again when it comes to claiming their pensions or other benefits. The Carer’s Allowance, although it counts as ‘means’ when assessing eligibility for State benefits, and although it’s taxable, is not considered to be earned income, and doesn’t, therefore, count when it comes to calculating pension entitlement or claiming any benefit based on PRSI contributions.

There is one positive change to report: with effect from 1 September 2016, new parents who are not the birth-mother are entitled to parental leave from employment following the birth or adoption of a child: the Paternity Leave and Benefit Act 2016 (the title assumes a heterosexual household) provides for statutory leave of two weeks. A small change, but a significant one.

Women are more likely to suffer direct discrimination in the workplace: there is still an assumption that women—whose place in the home is enshrined in the Constitution—are seen as less reliable than men in the workplace because of their perceived responsibilities for children and other dependants. This assumption ignores the important positive changes in family life that have taken place and are at last recognised in the Paternity Leave and Benefit Act 2016. Families are being redefined by the people who live in them. And even in the traditional Mammy-Daddy-and-one-point-three-eight-children family, parenting is more and more understood as a shared experience: women still do the bulk of the work, but fathers are no longer visitors in their children’s lives and this trend is likely to grow.

Women are also still considered to be less value for money in terms of training because of the assumption that they will take more time off to have and raise children, even though the corollary, that men take on jobs for life and are therefore better value for the training  euro, no longer applies in an increasingly fluid employment model—the so-called gig economy.

And, according to the EU report:

In some cases women also suffer direct discrimination where they’re simply treated less favourably than men. Or they may be treated unfairly due to a policy or practice that’s not designed to discriminate, but still results in unequal treatment. (ec.europa.eu here)

Some of these wider issues will be addressed in a proposed referendum this autumn on the constitutional place of women in the home as set out in Article 41.2: The State recognises that by her life withing the home This article wins my glass slipper award for the whole of the twentieth century: while it appears to recognise the positive contribution of women to the common good, it equates work outside the home for women as the neglect of their duties in the home. You won’t get far up the ladder in those glass slippers.

I’ve heard this proposed change described as an exercise in futility because it changes nothing in real terms. Fifty-one point five per cent of women are already in the workplace and changing the wording of an obsolete article will do nothing to get jobs for the other forty-eight and a half; it won’t change the gender pay gap; it won’t rectify how care work is recognised/not recognised. Clearly, it won’t change any of those things in and of itself, but it will change the culture in which they exist. Seemingly anodyne constitutional changes can have radical and sometimes unexpected results. The Thirty-First Amendment redefining children’s rights, for instance, had an important effect on the status of fathers in child custody cases. Traditionally, custody has often been awarded to mothers by default as the ‘natural parent’. A constitutional requirement that the interests of the child be the primary consideration, however, has highlighted the right of children to enjoy access to both parents, resulting in, at least anecdotally, an increase in shared-parenting agreements in place of sole-custody orders from the Courts.

A decoupling of women and so-called ‘women’s work’ not only creates more cultural space for women to enjoy greater participation in the workplace, but it also creates space for men to enjoy greater participation in and assume greater responsibility for the home and childcare. I’m not suggesting an immediate sea-change, but a shift in certain assumptions that will have an accumulating effect over time.

More women than men graduate to third-level education (52 per cent to 48 per cent in 2016-17) and the Higher Education Authority’s expert group’s report (www.hea.ie) published in 2016 found that women achieve better educational outcomes than men. Despite this, and despite the fact that more than 55 per cent of women aged 25-34 had a third-level qualification in 2016, significantly higher than 43 per cent of men in the same age group (www.cso.ie), the glass ceiling is still firmly in place.

Women are still seriously under-represented when it comes to the boards of management of Ireland’s top businesses: men occupy 86.8 per cent of the places on the boards of the largest publicly listed companies in Ireland; women make up the remaining 13.2 per cent, significantly below the EU average of a measly 21.2 per cent.

And there remains significant gender inequality in employment within higher education. Women are under-represented in top positions in universities and over-represented at the lower end of the scale. Of the academic staff in our universities, 44 per cent are women and 56 per cent are men. Of those, women represent 52 per cent of the entry-level academic grade positions, while men hold 48 per cent. Above the glass ceiling,  men make up 81 per cent of professors, with 19 per cent women.

Expectations (well, mine anyway) are that as women graduates continue to outnumber men graduates, academic teaching posts will increasingly be occupied by women, changing the environment inside the universities from the bottom up. This trend, together with natural attrition at the top—of both incumbents and entrenched gender stereotypes—will, over time necessarily cause cracks and fissures in the glass ceiling. But we don’t have that much time. Action taken now can help to remove gender bias in hiring practices; hiring applicants on the basis of their abilities and qualifications alone won’t only change the gender balance but will necessarily improve the quality and standard of teaching staff.[2]

In the Institutes of Technology, 29 per cent of Presidents are women; since their inception, 15 per cent of IT Presidents have been female. But, ‘Since the establishment of the first Irish university 424 years ago, there has never been a female president’ (ec.europa.eu here).

Women are seriously under-represented in the world of politics. In the present Dáil, women make up 22.2 per cent of TDs, up from 16.3 per cent in the previous Dáil. In the Seanad, women hold 28.5 per cent of the 49 seats.

Only 2 of our 9 Presidents have been women, both of them post-1990 when Mary Robinson broke the mould; until then the job had been exclusively male.

I’m not sure what to make of the single statistic that puts women ahead among public representatives: in the European Parliament, six of our eleven Irish MEPs are women—that’s 55 per cent, compared with the EU average of 37 per cent. But no Irish woman currently sits on the European Commission, nine out of 28 of whom are women. So far, we have had one Irish woman Commissioner, Máire Geoghegan Quinn, who was head of Research, Innovation, and Science from 2010-2014.

It’s not that long ago (1992) that Gay Byrne, on the Late Late Show, asked his panel of newly elected female TDs who was taking care of their children—that is, who was picking up the slack on their neglected duties in the home while they ran for and/or held office? A question never asked of any male politician anywhere. It’s impossible to run in glass slippers.

It’s hard to imagine anyone asking that question now. And further change may be on the way. The Electoral (Amendment) (Political Funding) Act obliges political parties to introduce gender quotas of 40 per cent women candidates at general elections, starting with the next one. Parties who fail to comply will lose half of their annual State funding. Again, we’ll have to wait and see how that works out.

The answer to the question as to how Irish women are doing now is better, but we still have a long way to go. Tomorrow, in The Integral Body, I’ll look at women’s bodies in Irish law and culture, an area in which we’re not doing that well at all.

This article was originally posted on 13th August and reposted on 31st August with minor editorial changes.