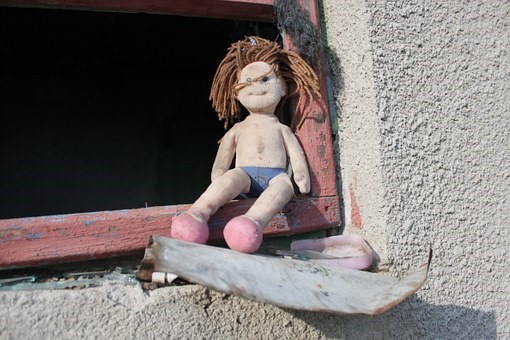 Yesterday (24 September 2018) the gardaí announced that they would be conducting house-to-house enquiries on Valentia Island as part of their re-investigation of the so-called ‘Kerry babies’ case (see leftbucket.com here). The investigation has moved to Valentia because tidal waves and currents suggest that Baby John, as he became known, had entered the sea somewhere in the vicinity of the island. In doing so, they silently dismissed one of the more outrageous pieces of ‘evidence’ offered by the original investigating gardaí to support their case against the more or less randomly chosen woman they had accused of the murder: that the severely battered and repeatedly stabbed baby had entered the sea at Slea Head and floated 11 miles against the tide to wash up at Cahersiveen.

The full facts of this tragic case may never be known—it is possible that at this distance in time we will never find out who killed the baby found on the Cahersiveen beach. The original investigation was notable for the extent to which garda energy was directed not towards finding out who killed the baby, but towards building a prosecutorial case against Joanne Hayes, even after it became clear that she was not and could not have been the mother, much less the murderer, of that baby. In the words of Tom Inglis, ‘You could not make it up. There are so many elements to the Kerry babies case that make it seem like a weird novel set in some dystopian society’ (irishtimes.com here).

The story: a weird novel set in some dystopian society

The discovery of the body of a seriously injured baby on the beach at Cahersiveen on 14 April 1984 set off a series of events that became the notorious ‘Kerry babies’ case. Two weeks after the find a young woman, Joanne Hayes, signed a written statement, confessing to the baby’s murder; three members of her family also signed confessions admitting involvement. The confessions were made after several hours of aggressive garda questioning[1], following which Joanne Hayes and the other members of her family had, apparently independently, told of a child born in Joanne’s bedroom, delivered by her aunt, Bridie Fuller, beaten and stabbed to death by Joanne, and thrown into the sea off Slea Head. From the beginning, the legitimacy of these confessions was in question, contradicted as they were by forensic and other evidence.

All the confessions told of Joanne beating the baby with a bath brush and stabbing him with a carving knife on the chest and back. The Caherciveen baby had been stabbed with a ‘stiletto type instrument’ on the chest but not on the back. No traces of blood were found on the carving

knife in the Hayes’s kitchen, identified in all the confessions (but not the autopsy report) as the weapon used to stab the baby. The statements went on to say that the baby was then placed inside two plastic bags, which were in turn placed inside a Gouldings 0-7-30 fertilizer bag, which was tied with string—all of which fits the description of bags found on the beach at Cahersiveen near the body of the baby; the details of those bags were known at that time only to the gardaí. The Hayes’s did not use Gouldings fertilizer on their farm.

Forensic examination showed no evidence of blood on the bedding, floor, or walls of Joanne Hayes’s bedroom to suggest that a birth or violent death had taken place there, as all the confessions claimed; a heavily bloodstained night­dress with hay and grass sticking to it supported Joanne Hayes’s subsequent claim that she had given birth in a field.

After the ‘confessions’ were signed, and following Joanne’s instructions, her family succeeded where the gardaí had failed in finding the body of Joanne’s still-born baby buried on the Hayes’s family farm in Abbeydorney. Joanne Hayes acknowledged having given birth to this baby alone and in a field on the farm, and now denied being the mother of the Cahersiveen baby, claiming that her confession had been coerced. The only ‘evidence’ to justify the garda accusation that Joanne Hayes was connected to the Cahersiveen baby was that she had been pregnant, was no longer pregnant,

and had no baby to show for it. Once the baby on the farm at Abbeydorney had been found, that ‘evidence’ collapsed. It is possible that, had the Abbeydorney baby had been found before the ‘confessions’ were recorded, the gardaí would have accepted that they were questioning the wrong woman. Their subsequent actions can only be seen as an attempt to ‘prove’ the confessions were true in order to validate their investigative practices. No other lines of investigation were opened—for instance that the mother may have been the victim of the same frenzied attack and may yet wash up on some other beach.

The response of the Garda Siochana to the discovery of the Abbeydorney baby was to claim, unsupported by any evidence, that Hayes had given birth to both babies, had hidden one at Abbeydorney, and then beaten and stabbed the second before having it thrown into the sea at Slea Head. This, they claimed, was the baby that had washed ashore at Cahersiveen. Admiralty charts show that this would have meant the baby had floated eleven miles in twenty-four hours against the prevailing currents. The gardaí claimed that according to ‘local knowledge’ and fishermen who work those waters, the admiralty charts are inaccurate and that the currents would have carried the baby from Slea Head to Cahirciveen. No alternative charts or statements from local fishermen were presented in evidence.

Hayes and her lover, Jeremiah Locke, both had type ‘O’ blood, as did the Abbeydorney baby. The Cahirciveen baby was type ‘A’ and could not have been Hayes’s by Locke. The gardaí then came forward with a bizarre claim of ‘[heteropaternal] superfecundation’—that is, that Hayes was impregnated by two men and gave birth to twins each with a different father. The documentary evidence offered to support their theory consisted of an article in an English tabloid, The Daily Mirror.[2]

When nobody seemed to believe the garda theory of twins with different fathers, the narrative changed to include a third baby. The gardaí now argued, again unsupported by any evidence, that Joanne Hayes had given birth to twins, neither of which had been the baby found on the beach at Cahersiveen, and one of which had been beaten, stabbed, and thrown into the sea at Slea Head. This baby was nicknamed the Azores baby by the press. The existence of a third ‘Azores’ baby can best be described as a fiction generated by the internal logic of the garda version of events or, more succinctly, as a clumsy attempt to cover their own arses.

Subsequently all charges against Joanne Hayes were dropped by order of the Director of Public Prosecutions, and a Public Tribunal of Enquiry was set up by the Minister for Justice to examine the methods used by the Garda Siochana in investigating the case, and in particular the means used to obtain confessions from Hayes and her family concerning a murder in which according to all available evidence they could not have been involved.

The gardaí continued to insist that Hayes had killed at least one and possibly two babies. The evidence never established that she had killed any: although she had given birth to the baby found on the Abbeydorney farm, an autopsy found that the baby hadn’t survived his birth and there was no suggestion that foul play had been involved in his death. Blood tests, and later DNA tests, proved conclusively that she was not the mother of the baby found at Cahersiveen and could not have murdered him, despite her ‘confession’.

My aim here is not to attempt to unearth the ‘true story’ of what happened but to look at some of the many versions of that story that were told—in the police reports, the findings of the tribunal, five books, numerous newspaper and magazine articles, television programs, and so on. I will be looking at the events that followed the discovery of the Cahirciveen baby as a convergence at a given time, around a particularly emotional set of circumstances, of a number of widely differing personalities—including investigating police officers, legal and medical experts, and media commentators—each of whom brought to the case a set of cultural and moral assumptions that dictated what they ‘saw,’ and the story that they subsequently told. The creation of these multiple narratives involved, at times, the manipulation of events to conform to or uphold a variety of constructions of ‘woman’ in Irish society in the early eighties. In the process, the accused woman and the dead babies were all but excluded from the discourse that was recreating them as symbols—of ‘degraded womanhood’ and its consequences, or of a woman trapped by biology and social pressures within a tragic set of circumstances, or, yet again, of womanhood itself laid bare beneath the hostile gaze of a male-dominated legal/medical/social system. More on that tomorrow.

[1] The garda team was led by the Investigating Section of the Technical Bureau—better known as the Murder Squad or, alternatively, the Heavy gang. Throughout the seventies, the Murder Squad, as reported by Barry O’Halloran, had come ‘to rely more and more on signed confessions as the sole basis for getting convictions. Court trials became swearing matches, with the accused claiming that the statements had been beaten out of them, or concocted by the gardaí, and the gardaí counter-claiming that the statements had been given freely and voluntarily by the accused (Lost innocence).

[2] DNA tests subsequently proved conclusively that Joanne Hayes was not the mother of the baby found at Cahersiveen.

This article was originally published on I July 2018 and republished on 25 September 2018 to include details about the renewed garda investigation.