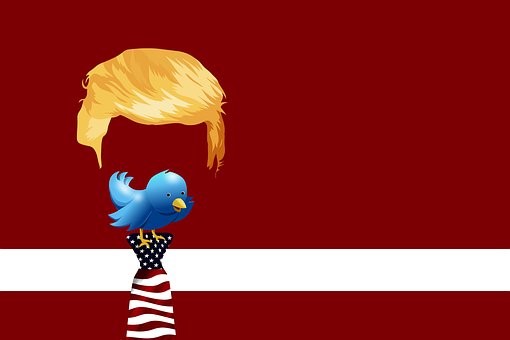 Donald Trump ran his 2016 election campaign on the braggadocious premise that, as the most successful businessman of his generation (by his own reckoning) and a master negotiator (again, by his own reckoning) he would make America great again by running it the way he ran his businesses. Last week in The New York Times, Russ Buettner and Susanne Craig (nytimes.com here), using

data from legally-held transcripts of Trump’s tax returns for the years 1985 to 1994, showed what happened to businesses Trump actually ran. It’s not a pretty story.

For more than three decades he has successfully sold himself as a financial wizard, a self-made man who parlayed ‘a small loan of a million dollars’ from his father into a multi-billion-dollar empire. In fact, he parlayed that mythical success story into his only real asset—his brand, launched in the mid-eighties when he hired Tony Schwartz to write his factitious ‘autobiography’, The Art of the Deal. Trump has described that book as one of his proudest accomplishments—despite the fact that both Schwartz and the publishers verified that Trump had no part in its composition—and his second-favourite book after the Bible.[1] Its publication, as Jane Mayer put it, ‘expanded Trump’s renown far beyond New York City, making him an emblem of the successful tycoon’. Schwartz’ editor at the time, Edward Kosner, put it this way: ‘Tony created Trump. He’s Dr. Frankenstein.’ (newyorker.com here)

In 2016, Schwartz suffered a crisis of conscience when he realised that the myth he had so carefully composed was potentially instrumental in smoothing Trump’s way to the White House—that he was, in fact, Trump’s shill. He told The New Yorker’s Jane Mayer that ‘the prospect of President Trump terrified him. It wasn’t because of Trump’s ideology—Schwartz doubted that he had one. The problem was Trump’s personality, which he considered pathologically impulsive and self-centred’. He went on to say that, were he to write the book today, ‘it would be a very different book with a very different title. Asked what he would call it, he answered, “The Sociopath” ’.

How to live well on nothing a year

Buettner and Craig, in a well-researched and carefully written article, have started the process of decomposing the myth behind the man. Throughout the decade covered by the transcripts, during

which The Art of the Deal was published, Trump’s tax returns show that ‘the most successful businessman of his generation’, lost a total of $1.17 billion—that’s one hundred and seventeen thousand million dollars. He apparently survived those losses with his Versailles-inspired lifestyle intact, in part because he could always depend on daddy’s money. And in part because the money he lost belonged to other people, ‘to the banks and bond investors who had supplied the cash to fuel his acquisitions’ because they had been seduced by the successful marketing of his brand. And in part because of some creative asset valuation (allegedly). His business model appears to be, having run a business into the ground, to walk off with whatever cash he has managed to strip away, and leave not only the banks and bond investors, but also his suppliers, his sub-contractors, and his workers to foot the bill. That’s how his six bankruptcies worked.

But with Trump the leveraging didn’t stop there; he had ‘structured his companies to allow him to have lucrative personal tax advantages while limiting his personal liability’. In a tax avoidance manoeuvre his own lawyers told him was legally dubious, and using a partnership between himself and a company he wholly owned, Trump converted the actual losses suffered by the banks, the investors, the suppliers, the sub-contractors, and his workers into Net Operating Losses for Trump that he could use to offset personal income taxes for almost two decades. (nytimes.com here)

This isn’t news. Trump has bragged forever that he ‘leverages debt’ to earn his millions. First daughter Ivanka tells the heart-warming story of her childhood with dad in an anecdote in which he pointed to a random homeless man who, he said, was some billions richer than Trump himself, because that was how much debt Trump owed.

When American banks stopped lending him money, as they inevitably would, he went to Deutsche Bank—who were altogether more friendly despite his many bankruptcies and defaults—and ultimately to shadier sources further east, to finance his shill game on more borrowed money that he had no intention of repaying. And sailing on this sea of debt and other people’s tears, the Trump brand, still his only real asset, was steady as she goes. Until now.

Now, the only business venture at which he has succeeded, selling his brand, is being threatened with collapse, beginning with Buettner and Craig’s article and continuing with the demand from Congressional committees to see his up-to-date tax returns, followed by subpoenas demanding the records of financial statements prepared for Trump by Mazars, his long-time accountants, and records from Deutsche Bank and Capital One related to Trump and his businesses. Trump refused them all and appealed to the Courts. This opening round in his subpoena war was met by two clear, speedy, and unequivocal court decisions. In Washington, Judge Amit Mehta ordered Mazars to obey the subpoenas ordering them to hand over the President’s accounts going back ten years. And in New York, District Judge Edgardo Ramos ordered Deutsche Bank AG and Capital One Financial Corporation to obey the subpoena demanding that Trump’s financial records be handed over to Congressional legislators. This is the red line that Trump said wasn’t to be crossed. And those subpoenas definitely crossed it. The possibility now looms of a sudden and catastrophic devaluation of his brand, based as it is on his self-proclaimed success and the demonstrably untrue claim that ‘There is no one [his] age who has accomplished more’. And without his brand,

without the ability to sell licences to use his name, what’s left? What happens when nobody wants a Trump Tower in their city?

The palpable sense of desperation and panic flooding out of the White House is triggered anew by any fresh Congressional attempt to see Trump’s financial records or tax returns. It’s hard not to suspect that those documents are the curtain that, once pulled aside, will show the wizard of off-off-wall street for what he is: a fraud politically, financially, and personally.

There is endless speculation about what those records might contain, the potential exposure of which would cause Trump’s panic. The threat probably isn’t political from Trump’s perspective, insofar as anything in a president’s life is not political, but Trump is reasonably sure of his base and unreasonably sure that the ongoing project of stuffing the courts with Trump-friendly judges all the way up to the Supreme Court—which Trump now thinks he owns—will make him impregnable in his favourite forum. It can’t be ethical because there is very little left in the way of unethical behaviour that he hasn’t already gotten away with. The most popular theories are that either (a) his financial and tax records will expose him as the world’s least successful businessman who had lost more money than almost anyone else in America but had nevertheless lived very well for decades on bad credit and defaulted loans, or (b) that he was involved in massive fraud, tax avoidance/evasion, and/or money laundering.

Either way, there goes the brand, the fragile pedestal on which everything else depends. And to prevent that collapse, he’s willing to undermine and potentially demolish American democracy.

Tomorrow, The Biggest Loser, Part 2 asks the question to which Trump doesn’t apparently know the answer: What does Congress do?

[1] Incidentally, neither of those books earned a place in his bedside cabinet—according to first wife Ivana, that was reserved for his book of Hitler’s speeches, My New Order.

23rd January 2019
Dr. Jeannette Boyne: former out-of-work actor, former working academic and Mellon Fellow, current contributing editor of leftbucket.com, born in Ballyfermot, raised in Birmingham, educated by Columbia (the university, not the country). The old cliché says that journalism is the first draft of history; as Jeannette sees it, the job of an online journal like leftbucket is to provide its first edit. View all posts by Dr. Jeannette Boyne →