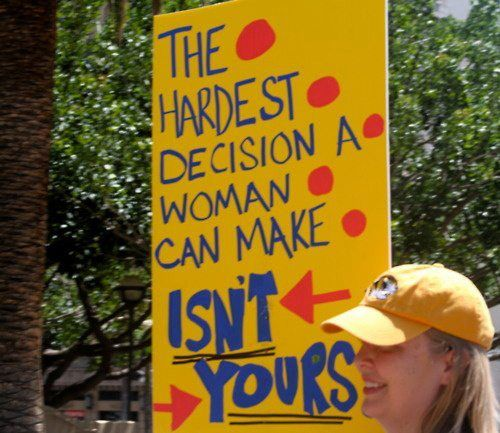 The oft-repeated claim that the Eighth Amendment has saved ‘x’ number of lives is based on the statistical hypocrisy that we had no abortion in Ireland until the Protection of Life During Pregnancy Act 2013, and that since then, the number of abortions performed in Ireland between 2014 and 2016 was a mere 77. That gives us, apparently, the moral high ground from which to preach.

Kerry TD Michael Healy Rae speculated in the Dáil on the number of lives that were saved by the Eighth Amendment:

It could be 100,000 lives, it could be 50,000, it could be 5,000. It means that there are thousands of people, who are living in this world today, walking the streets today, thanks to that amendment, and we’re talking about repealing it.

Healy Rae’s fantasy figures are countered by the official figures from the UK Department of Health showing that 171,968 women from Ireland had abortions in the UK between 1980 and 2016. It is generally accepted that 171,968 is an understatement because many Irish women seeking abortions in the UK do not register under their Irish addresses. Irish women also travelled to other countries (The Netherlands, for instance) for legal abortions, and several thousand more resorted to accessing abortion pills on the internet. That’s the truth about abortion in Ireland. The effect of the Eighth Amendment has not been and will not be to prevent abortions but to export and mask them. ‘This is a continuation of the misogynistic legacy of a state that gave us symphysiotomy, the slavery of poor women in the Magdalene Laundries and mass graves of babies in Tuam’ (www.solidarity.ie/prochoice).

The goal of preventing abortions will not be served by another polarising ‘debate’ in which people shout slogans at each other across scare-mongering placards. We need a comprehensive, long-term plan that reduces the need for abortions. Such a plan would necessarily include

As a society, we have fallen down on all of that. It suits us to pretend we live in Wholly Catholic Ireland and, having protected the foetus, to abandon the child.

Sex education cannot mean only explaining the mechanics of getting pregnant; it must include discussion of relationships, of sexually responsible behaviour, of consent and how to recognise it or its absence, of taking responsibility for our own bodies and for our sexual health, and an understanding of the complexities of gender. ‘Just say no’, ‘don’t let the neighbours find out’, and a parental ‘don’t ask don’t tell’ has not worked for upwards of 180,000 Irish women since 1980.

On April 18th, Solidarity TD Paul Murphy proposed the Provision of Objective Sex Education Bill in the Dáil that guarantees the right of students to receive factual and objective education on relationships and sexuality in all schools. The Bill contains a provision for education on consent, on different types of sexuality and different types of gender, on methods of contraception, and on the termination of pregnancy. Deputy Murphy pointed out that most school students were receiving Relationships and Sexuality Education (RSE) that was grossly distorted by the religious ethos of schools and that the model was failing young people and wider society.

The Bill passed second stage without a vote. As Marie O’Halloran said in the Irish Times, ‘The legislation next goes to committee stage but because it is a private member’s Bill it is likely to languish without progress’. So, another Irish solution to another Irish problem—bury it.

Sex education was made compulsory in [Finnish] schools in 1970, but became optional in 1994. As a result . . . sex education declined and there was a rise in teenage abortions.

Compulsion was re-introduced in primary and secondary schools in 2006, and the evidence shows that girls are having sex later and using contraception [more], with a decline in the number of teenage abortions. (https://www.channel4.com/news/sex-education-schools-england-world)

The oft-repeated and unsubstantiated argument that some women and young girls use abortion as a form of contraception fails on two counts:

The Finnish model shows that understanding sex and sexuality allows and encourages young people to make informed decisions about and take responsibility for their sexual behaviour; one of the positive consequences of this is a reduction in teenage abortions. These teenagers will take their knowledge, attitudes, and practices with them into adulthood and perhaps into parenthood, suggesting a long-term reduction in abortions overall.

In 1930 the Roman Catholic church issued an encyclical, Casti connubii, that declared:

any use whatsoever of matrimony exercised in such a way that the act is deliberately frustrated in its natural power to generate life is an offence against the law of God and of nature, and those who indulge in such are branded with the guilt of a grave sin.

In 1968, another encyclical, Humanae vitae, decreed that ‘artificial contraception is not morally permissible’.

The first, agree with it or not, is at least morally clear: fornication with intent to avoid procreation is a grave sin. The second, a fudged compromise, has lost its moral underpinning: contraception, the intention to frustrate sex ‘in its natural power to generate life’ is no longer ‘an offence against the law of God and of nature’ per se. It becomes a sin only if ‘artificial contraception’ is used. With the prevention of conception no longer being a sin, Vatican roulette (the ‘rhythm method’ or withdrawal) became the contraceptive of choice for many observant Catholics. To paraphrase Michael Healy Rae, there are thousands of people who are living in this world today, walking the streets today, who owe their existence to ‘natural’ family planning.

In her book Why Christianity Works, Mary Kenny (back in the seventies, after she had given up feminism and turned to religion) argued that the disparity between ‘natural birth control’ and the artificial kind is the space in which God can choose to interfere if he really wants pregnancy to follow. This strange assertion—that an omnipotent God can be thwarted by a thin piece of rubber—testifies to the moral confusion of that position.

Many good Catholics saw through the moral hypocrisy and, based on the decree from Humanae vitae that avoiding conception was not a sin, chose their own methods.

Following the Supreme Court decision in the McGee case affirming that there was a constitutional right to marital privacy, including contraceptive practices, then Health Minister Charles Haughey’s ‘Irish solution to an Irish problem’ remains the very definition of a dishonest fudge. His 1979 Health (Family Planning) Act was not intended to make contraceptives freely available, but to ‘control the availability’ of contraceptives by making them available on prescription only (including condoms and other barrier methods)—and only for ‘bona fide’ family planning purposes or for ‘adequate medical reasons’. ‘Bona fide family planning purposes’ was code for ‘single people need not apply’. The provision for legally acceptable and adequate medical reasons led to its use as a cycle regulator, ‘for a condition almost hilariously endemic among Irish women’ at the time, according to Kathy Sheridan in the Irish Times.

The moral ambiguity and logical fudginess of the debate on contraception are mirrored in the prevailing attitude to abortion: so long as Irish abortions are performed outside the jurisdiction, we can pretend they don’t happen and maintain our sanctimonious faux piety.

We’ve come a long way since Haughey’s Irish solution and condoms, spermicides, and the morning-after pill are now available in most pharmacies. And the sky didn’t fall. And it won’t fall if the Eighth Amendment is repealed. We will, however, be forced to acknowledge and deal with the reality of abortion in Ireland—which we have so far refused to do.

On its website, Solidarity calls attention to the fact that the most marginalised in Ireland face the most restrictions on travel and are most harshly affected by the ban on abortions. Consequently, Solidarity is calling for ‘proper investment in public housing, healthcare and childcare to make going through with a pregnancy and raising a child a feasible choice for all those who wish to’ (https://www.solidarity.ie).

Making childbirth a ‘feasible choice’ is not and never has been the aim of legislation.

Childhood is short, yet the experiences we have shape the adults we become and the lives we lead. Children living in poverty live life on the margins, excluded from opportunities and often unable to break the cycle of intergenerational poverty. Poverty affects every aspect of a child’s life having short and long-term consequences on their health, education outcomes and life chances. (barnardos.ie here)

So how do we, as a nation, care for already-born children?

Where is the concern for children that we see demonstrated for foetuses? Can it reasonably or ethically end in the delivery ward? Where is the legislation that will bring an end to homelessness, poverty, or abuse for children already born? Where is the referendum guaranteeing the right to life, to healthcare, to a home, and to regular meals, for children after birth? Successive Governments mutter mealy-mouthed ‘good intentions’ but do nothing as the numbers of children suffering increase and lives are destroyed before they’ve properly begun.

And where is the concern for women and girls facing crisis pregnancies for medical, social, financial, or other reasons? Were they not once foetuses too?

* These figures on child poverty were taken from barnardos.ie here