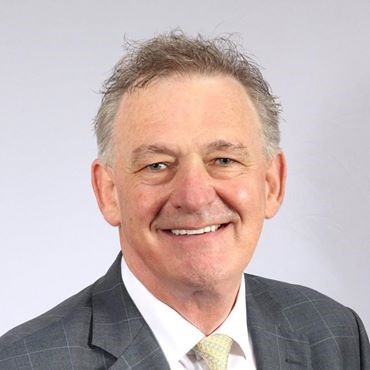 Peter Casey, uninformed, dishevelled, fact-free, and uniquely unqualified candidate for the presidency emerged from his decisive thirty-three-point defeat in full triumphalist mode. Riding high on his underwhelming pulling power, he announced his intention of joining Fianna Fáil, taking over the leadership, and, in short order, becoming Taoiseach. Fianna Fáil spent no time and little energy in dismissing his offer as ‘laughable’, but Renua, holding fairly steady at zero percent in the polls, made a tentative move in his direction. Apparently, someone somewhere in the single-issue (a refusal of the right-to-life of a pregnant woman in a crisis pregnancy) party thought a second issue, racism, sounded like a good idea.

Casey, of course, passionately, tearfully denied being a racist, exposing yet another level to his ignorance: he doesn’t appear to know what racism is. In an off-the-wall interview on last week’s Late Late Show, he insisted that he knows subjectively what discrimination is because he grew up in Derry and that it’s abhorrent to him. Then, following a review of his lack of understanding of the issues, concluded that ‘I have nothing to apologise for’.

From his radically uninformed position, he had felt totally free to criticise six Traveller families in Tipperary for refusing county-council accommodation for what he judged to be inadequate reasons. He’s entitled to his opinion, but before he dived headfirst into this particular swamp, he should have done his homework. Even a quick Google search would have informed him on the first page that, according to Noel Baker in the Irish Examiner in 2017,

More than 3,000 offers of social housing properties were turned down over the past two years, with figures showing the rate of refusal has increased in some.

Two offers made in Wicklow were refused because the applicant wanted ‘a cottage on its own’.

In Wexford, the fact that only a street view was on offer was cited in one case. In South Dublin four applicants would not take up an offer because they said they were feuding with other families in the area; one person said they did not like the external aspect of the apartment building; and another person said there was ‘too many steps outside to front door’. irishexaminer.com here

From the same search, on the same page, he could have learned that, according to the Irish Times, in 2015 more than 2,000 offers of social housing were turned down for reasons as diverse as barking dogs, the applicant being on holiday in Italy, and because no Mass had been said in the house after someone had died there.

He could have found out from the Independent.ie that, in 2017

More than one in four people offered social housing turned down an offer of permanent accommodation from Dublin City Council but kept their position on the housing list, according to new figures obtained by the Sunday Independent.

The country’s largest local authority offered 1,009 houses to people on the list last year but almost 300 applicants either turned down or did not respond to the offer of social housing.

. . . ‘Houses have been turned down because people didn’t like the colour of the carpet,’ the source said. independent.ie here

The same paper reported separately that Sligo County Council made 303 offers of accommodation in 2017, of which 151 [49.84 per cent] were refused. independent.ie here

Even The Sun could have informed him in 2017 that one woman refused a house with a sea view because ‘she and her children could get “seasick” peering out the window’. Leah McDonald went on to tell us that ‘Some of the more bizarre excuses for rejecting accommodation include . . . children having to share bedrooms and gardens not being big enough for a trampoline’ and that one family refused the offer of social housing because their in-laws were living on the same estate. She doesn’t say where these offers and refusals took place. thesun.ie here

That took me ten minutes, most of it typing.

So, let’s say it was a combination of ignorance and laziness that prevented him from finding out about how many offers of county-council accommodation are refused annually, and that he chose to speak about those six Traveller families because he’d seen something about them on the telly and hadn’t bothered to do any research—even to the extent of refusing to ask them what their problem was when they were standing across the road from him as he made his one-man protest outside the houses in question. Any such claim to ignorant innocence was lost, however, when he extrapolated his uninformed low opinion of those six families to Travellers in general. Travellers, he said are ‘basically people camping in someone else’s land’ who don’t pay their fair share of taxes.

It is also factually incorrect, given that 85 per cent of Travellers live in houses. I have no idea how much tax they pay (possibly more than multi-nationals like Google and Facebook), and neither does Casey. Instead of evidence-based information, he trades in racial stereotypes and that is racism.

He derided any claim that Travellers are an ethnic minority. That is racism.

It’s also yet another demonstration of his fact-free status: Travellers were formally recognised as a distinct ethnic minority in March 2017. In announcing that recognition, then Taoiseach Enda Kenny declared it an ‘historic day for our Travellers and a proud day for Ireland’. He received a standing ovation in the Dáil for that. Maybe Peter Casey didn’t have his telly on that week.

He refused to learn about ethnicity, about racism, and about Travellers from UCD student and Pavee Point worker Kathleen Lawrence who tried to explain those issues. ‘My ethnicity is not yours to give or take away. . . . I want to know why you thought it was OK to punch down a people who are already marginalised and already victimised in society?’ Having grown tired of listening to her, as she was speaking, he turned to Ryan Tubridy to ask, ‘Is this a party-political broadcast here?’ and ‘How long is this going to last for, like you know?’ That is rude, ignorant, and racist. Would he have treated a (male) UCD student from D4 that way?

In order to further prove his ignorance, he went on to say that ‘there’s 120,000 from Poland [in Ireland], there’s people from India, Pakistan . . . from all over the world. They don’t claim special status’. Except, of course, to claim their national status as Polish, Indian, Pakistani, and so on and, within those categories, many different ethnic identities.

Paraphrasing Andrew Gillum, candidate for Governor of Florida in today’s US election, maybe I can’t say, due to his fact-free innocence, that Peter Casey is a racist, but I can say that the racists think he’s a racist.