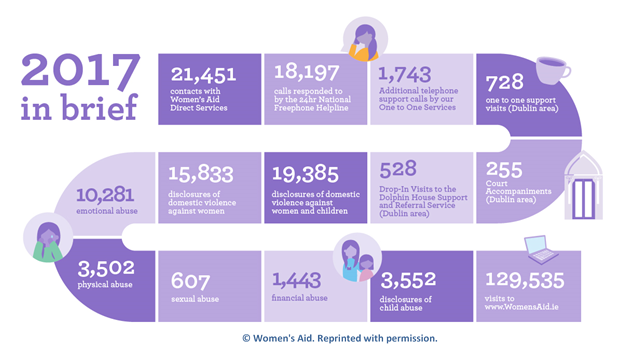 The fight to control our fertility:

In 1979 Charles Haughey introduced his infamous ‘Irish solution to an Irish problem’ making ‘artificial’ (non-medical) contraception legally available, on prescription, and for ‘bona fide family planning purposes only’—that is, available exclusively to married people. This was the slow-walking answer to the Supreme Court’s 1973 decision in McGee vs The Attorney General that a constitutional right to marital privacy covered the use of contraceptives.

In February 1985—a mere twelve years after the McGee verdict—Garret FitzGerald’s coalition government introduced further slow-walking legislation that made non-medical contraceptives available without prescriptions to people over 18. The Bill scraped by with a majority of three. Since then two Health (Family Planning) (Amendment) Acts in 1992 and 1993 have removed most restrictions on the advertising and sale of both medical and non-medical contraceptives.

Meanwhile, in October 1983 the Eighth Amendment, which guaranteed the right to life of a foetus, ‘with due regard’ to the equal right to life of the pregnant woman, was introduced with the stated intention of making abortion illegal forever. Nevertheless, in 1992, a judgement of the Supreme Court, in Attorney General v. X (the ‘X case’), allowed abortion under the Eighth Amendment where there was a risk to the woman’s life including, controversially, the risk of suicide. In effect, the Amendment that was to make abortion illegal forever inadvertently made it a Constitutional right, albeit under very limited circumstances. Nonplussed, successive governments refused to enact legislation to give effect to the Supreme Court’s judgement.

In December 2010, the European Court of Human Rights unanimously ruled that the failure to enact legislation to uphold the constitutional right to a lawful abortion where there is a risk to the woman’s life was a violation of the European Convention on Human Rights.

Twenty-one years after the Supreme Court’s finding, legislation finally arrived in The Protection of Life During Pregnancy Act 2013, triggered by the outcry over the death of Savita Halappanavar. Ms Halappanavar died from untreated septicaemia following a miscarriage because medical staff believed that ‘under Irish law, if there’s no evidence of risk to the life of the mother, our hands are tied so long as there’s a foetal heartbeat’. Because Ms Halappanavar only had an equal right to life with a foetus that was beyond the point of survival, and because the medical team believed their hands were tied until Ms Halappanavar’s life was under immediate threat, and because they mistimed the point at which their hands became legally untied, a healthy young woman died.

As it happens, the Protection of Life During Pregnancy Act was way too little and way too late. Public opinion had already undergone significant changes, the voting population was younger by more than thirty years than those who had voted to include the Eighth Amendment, the Church no longer had the power to dictate political choices, and Savita Halappanavar’s needless death gave impetus to the drive for the repeal of the Eighth Amendment. That repeal happened in 2018, finally giving Irish women, nominally at least, control over their fertility and writing the epilogue to this sorry saga—or it will, once the promised legislation is enacted. Again, we’ll see how that goes—and with any luck, we won’t have to wait another twenty-one years.

Those percentages may seem small, but fourteen per cent of the current population of women in Ireland (2,407,437) would be more than 337,000 women. Three hundred and thirty-seven thousand women in Ireland, approximately one in seven.

The Women’s Aid Impact Report for 2017 (womensaid.ie/download/pdf here) gives a more immediate snapshot of a single year in the life of Irish women. In the previous year, 15,833 women disclosed incidents of domestic violence to Women’s Aid; 607 disclosed incidents of sexual abuse, 10,281 told of emotional abuse, 1,442 told of financial abuse, and 3,552 reported child abuse. These numbers suggest but do not represent the overall picture: they include only those women who contacted Women’s Aid.

The low level of reporting when it comes to gender-based violence is a persistent problem. Under-reporting, whether due to fear, shame, lack of resources, or a lack of faith in the justice system, means that an unknown number of women and their children silently suffer violence in their own home. Numerous obstacles remain to prevent or delay a woman taking action against an intimate partner, including ‘fear of the perpetrator, lack of protection for them and their children, lack of emotional support, no financial resources, and having no place to go’.

Women are often scared that leaving a violent perpetrator may put them and their children at increased risk of retaliation and violence, and with good reason. Separation has long been identified as a risk factor for repeated and escalated domestic violence and femicide. 24 per cent of women killed between 1996 and 2017 where the case has been resolved, were killed by a former intimate partner (womensaid.ie/download/pdf here).

Cultural attitudes create more obstacles. Criminal convictions are still hard to come by: gardaí can be reluctant to bring cases to court in what is still often viewed as a ‘private matter’. The days are long gone when the gardai would take a man who had beaten his wife bloody for a walk around the block to calm him down and then send him back into the home. But we’re a long way short of automatic arrest where an assault has been committed—as would happen if the same man assaulted anyone else. Where the case did reach the courts, sentences of those convicted of domestic violence are more lenient than those given to men convicted of violence against a stranger, a friend, or another adult relative. Where the victim has died, those convicted of killing an intimate partner are sentenced to an average of 7.8 years in prison, while those convicted of killing others are sentenced to an average of 10.6 years (Women’s Aid).

Overloaded and under-resourced health-service provision is yet another obstacle. Health-care providers have an important role to play in identifying those who experience intimate-partner violence, and in responding to them in a caring and professional way; but in order for health-care providers to be able to respond appropriately, our health service needs to be properly resourced. In addition, first responders, the gardaí as well as medical personnel, need to have specialised training in dealing with gender-based violence, allowing survivors to receive treatment in accordance with international best practice. Counselling and/or advocacy services are currently in embarrassingly short supply, and this urgently needs to be remedied.

The crimes detailed in these two reports are recognised internationally to profoundly affect the victims’ physical, mental, sexual, and reproductive health. Common outcomes among both adults and children—depression, post-traumatic stress and other anxiety disorders, eating disorders, sleeping difficulties—are life-changing and long-term. Persistent abuse can lead to self-destructive behaviour, including increased smoking, drug and alcohol abuse, self-harming, and suicide or suicide attempts. Early treatment and effective treatment are crucial in mitigating the worst of these outcomes.

How are Irish women doing now?

The Women’s Aid Impact Report for 2017 is a ‘powerful and moving illustration of the prevalence of domestic violence and its very real and very harmful impacts on women and children’. The numbers in the EU survey are stark and shameful. Clearly, we have a long way to go in dealing with abuse by current or former boyfriends, partners, or husbands.

Reading these two studies highlights some essential cultural and legal changes that are urgently called for:

The shame is ours. The problem is ours. And the solution has to be ours too.

Tomorrow, in Sexual Violence, I’ll be looking at attitudes to rape in Ireland.

[1] My focus for current purposes on gender-based violence against women is not to imply that women are never violent against men. We have yet to fully recognise that men can be subject to intimate partner abuse and/or sexual or physical violence. As a culture, we have been and are slow to acknowledge male victimology for a multitude of reasons, among them perceptions of gender identification—strong men and vulnerable women—and because these perceptions make it hard for men and boys to report such crimes.

Gender-based violence against men, perpetrated by women or by other men, is certainly a discussion for another article. But for now, I want to focus on violence that is a remnant ‘of historically unequal power relations between men and women’ and is ‘one of the crucial social mechanisms by which women are forced into a subordinate position compared with men.’ (UN Declaration on the Elimination of Violence against Women. Retrieved 8 August 2018)

The rigidly binary allocation of gender is a reflection of both the data available and, more importantly, the cultural assumptions behind them.

This article was originally posted on 14th August and reposted on 31 August with minor editorially changes.