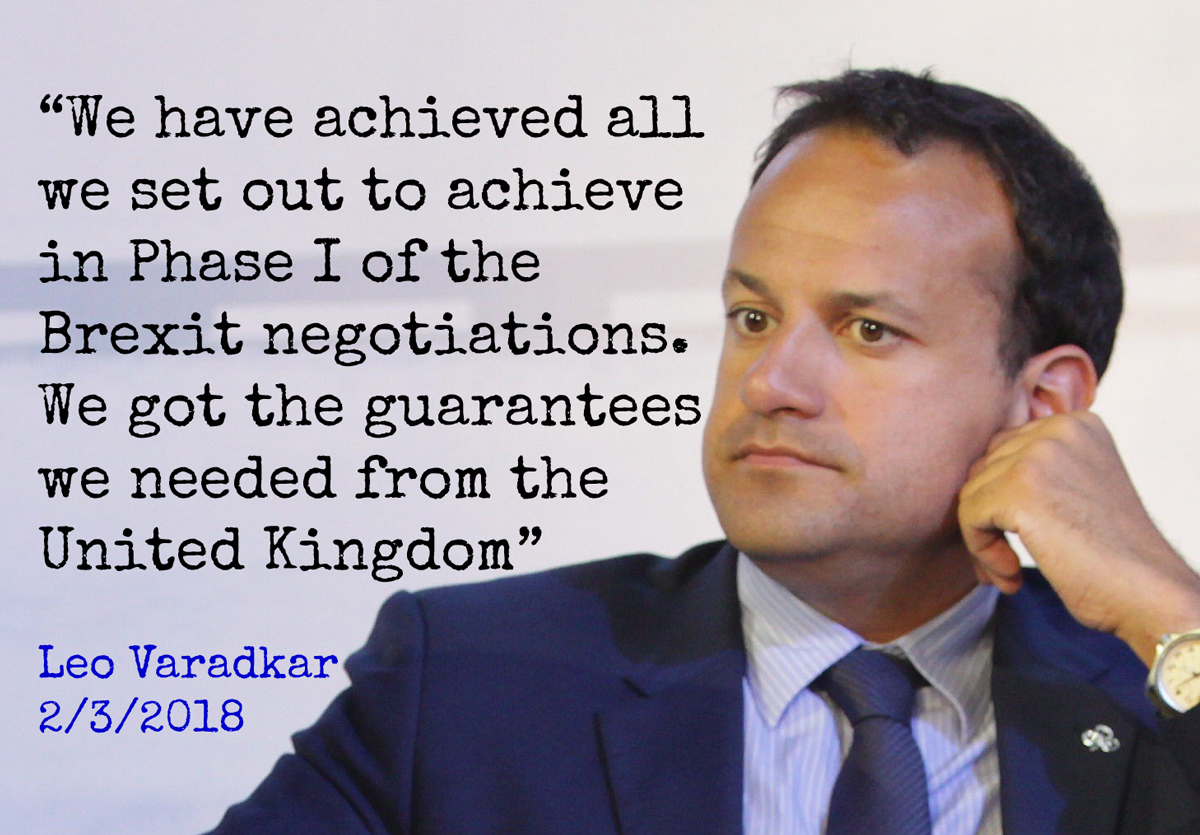 The murky picture that developed of the UK commitment on regulatory alignment comes into different focus depending on expectations of how the negotiations will conclude. If, as Varadkar apparently expects, an amicable divorce is negotiated, then, as things stand, the final agreement has to include regulatory alignment (although there’s still a lot of fudge about what that means). On the other hand, if there is no agreement and the UK crashes out of the EU, it will be as if no agreements have been made along the way, and that ‘iron-clad guarantee’ becomes an unenforceable, bad faith statement of intent.

The generalised fudge surrounding the promised regulatory alignment, north/south (between the Republic and Northern Ireland) and east/west (between Northern Ireland and the rest of the UK) gets even fudgier when it comes to the vexed question of how that alignment can be achieved. The simplest solution would be for the UK to stay inside the customs union, or to ‘mirror’ EU regulations from the outside—both of which defeat one of the stated aims of Brexit, the ability of the UK to negotiate their own international trade agreements. Alternatively, allowing Northern Ireland to trade freely across its two borders into both the UK and the Republic, would make of it a back door to sneak European goods into Britain, and to sneak British goods into the EU. Closing one of those borders will either move the effective border into the Irish Sea or breach May’s promise to the EU that north/south regulatory alignment would be maintained no matter what.

Any of those alternatives, except the last, would infuriate the Brexiteers, the Tory right in general, and crucially, the DUP—the thread by which May’s government dangles.